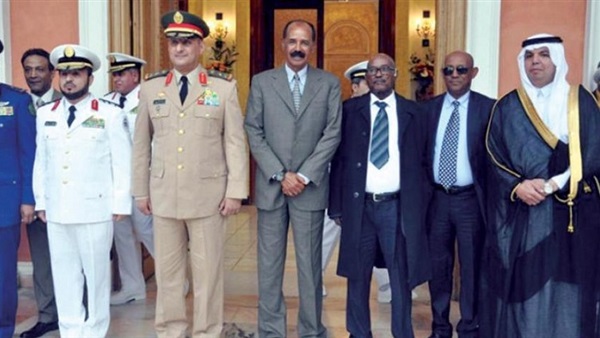 A number of issues of common concern were discussed during the Asmara meeting, especially threats against international shipping lanes, reported the Saudi Press Agency (SPA).

The meeting was held less than a year after the Kingdom announced the launch of a regional bloc of seven Arab and African countries bordering the Red Sea and Gulf of Aden. It includes Saudi Arabia, Egypt, Yemen, Sudan, Djibouti, Somalia and Jordan.

The bloc aims at bolstering regional security and stability and securing navigation and international trade. It was established following a military exercise in Jeddah earlier this year.

“This meeting and the Saudi-Eritrean talks stem from Riyadh’s acknowledgment of the need to secure the Red Sea navigation and activate the bloc,” expert in Iranian affairs Dr. Mohammed al-Salmi told Asharq al-Awsat.

The Saudi approach stems from the potential it possesses to lead these countries and create a regional deterrent bloc that can secure navigation in the Red Sea and protect it from piracy and terrorist threats, he stressed.

Prince Fahd’s visit is an extension of this Saudi-led approach, he added, expecting a summit to be held by countries bordering the Red Sea to maximize joint action.