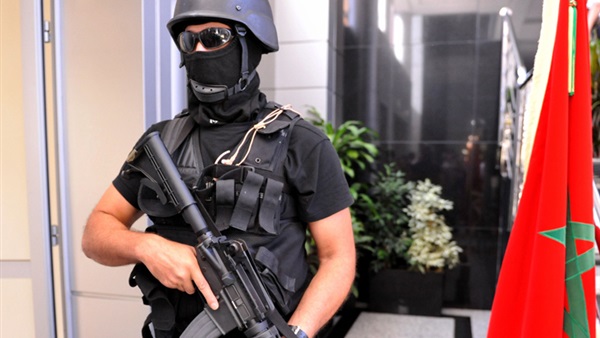 In this interview, African affairs specialist Nasser Maamoun Esssa, delves deep into terrorism as an international phenomenon and the dangers posed by this phenomenon.

What is your assessment of security and political conditions in Africa? How do you view terrorist organizations in it?

Africa goes through a period of political change, one that is manifest in the movement of the public, especially in northern African states like Sudan and Algeria. The African Union tries, meanwhile, to renew itself. Africa also suffers from deteriorating security conditions because of the weakness of central states. This all makes the conditions ripe for terrorism to take root and grow.

Is military action alone enough to uproot terrorism from the continent? Do religious institutions have a role to play in this regard?

African states cannot eradicate terrorist groups active in them, even if they have the military capabilities necessary for doing this. There is an urgent need for an intellectual war against terrorism. There is a need for tightening the noose around the ideas of the terrorist groups. Most of Africa is desert and poor. Islamic culture in the continent is mainly taught by primitive institutions that feed learners wrong interpretations of the Islamic religion. These interpretations are responsible for producing terrorists and radicals.

Why have programs for rehabilitating those breaking ranks with Boko Haram and ISIS come short of achieving their goals?

In December 2016, the government of Niger had pardoned some of its nationals who had broken ranks with Boko Haram. There were around 300 people in this regard. The government set up a camp to rehabilitate these people. Nevertheless, this drive faced a large number of problems, including the lack of funding. The government also faced a problem in reintegrating these ex-Boko Haram members into society.

Will major states pull out of the fight against terrorism in Africa, especially after some of these states came under fire?

Why does ISIS concentrate on Africa and consider it a safe refuge for its members?

ISIS tries to transfer the remaining part of its fighters to Africa so that it can use them in the future. In doing this, it wants to put pressure on the states participating in the US coalition against it. It also wants to use these fighters in pressuring China, Russia and India in the future. The United Nations Security Council is certainly capable of forming an international coalition against terrorism in Africa.

How do you view the latest declaration by ISIS that it had established a new branch in Mozambique and Congo under the name "Central African Province"?

This is part of the speedy growth of the organization in Africa. This growth happens in the light of a systematic plan. ISIS has established the West Africa Province in cooperation with Boko Haram. It then declared the Central African Province.  ISIS especially selects areas suffering poor security conditions for gaining presence. This is so clear in the case of Congo where 12 militias are active and cooperation with ISIS.

When will terrorism come to an end in Africa?