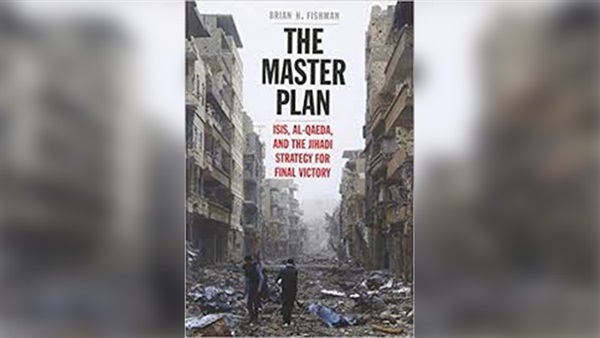 Counterterrorism expert Brian Fishman lifts the veil on one of history's darkest and most destructive regimes: The Islamic State. Drawing on large troves of recently declassified documents captured from the Islamic State and its predecessors, Fishman tells the story of this organization's complex and largely hidden past and what the master plan suggests about its future.

Only by understanding the Islamic State's full history and the strategy that drove it can we understand the contradictions that may ultimately tear it apart.

An incisive narrative history of the Islamic State, from the 2005 master plan to reestablish the Caliphate to its quest for Final Victory in 2020

Given how quickly its operations have achieved global impact, it may seem that the Islamic State materialized suddenly. In fact, al-Qaeda’s operations chief, Sayf al-Adl, devised a seven-stage plan for jihadis to conquer the world by 2020 that included reestablishing the Caliphate in Syria between 2013 and 2016.

Despite a massive schism between the Islamic State and al-Qaeda, al-Adl’s plan has proved remarkably prescient. In summer 2014, ISIS declared itself the Caliphate after capturing Mosul, Iraq—part of stage five in al-Adl’s plan.

Drawing on large troves of recently declassified documents captured from the Islamic State and its predecessors, counterterrorism expert Brian Fishman tells the story of this organization’s complex and largely hidden past and what the master plan suggests about its future.

Only by understanding the Islamic State’s full history and the strategy that drove it can we understand the contradictions that may ultimately tear it apart.

Brian Fishman is a counterterrorism research fellow at New America, a Fellow with the Combating Terrorism Center (CTC) at West Point, and Philanthropic Engineer with Palantir Technologies. He previously served as the CTC’s Director of Research and was a professor in the Department of Social Sciences at West Point.

Fishman is the author of a number of studies on terrorism and al-Qaeda, including seminal investigations of al-Qaeda's foreign fighters in Iraq and Iranian support for Shia militias fighting U.S. troops in Iraq. Fault Lines in Global Jihad: Organizational, Strategic, and Ideological Fissures, a volume he co-edited with Assaf Moghadam, was named one of the top books for understanding terrorist recruitment in Perspectives on Terrorism. Fishman is a term member of the Council on Foreign Relations and was a founding editor of the CTC Sentinel.

He has taught as an adjunct professor in Georgetown's School of Foreign Service and Columbia's School of International and Public Affairs. Before joining the CTC, Fishman was the Foreign Affairs/Defense Legislative Assistant for Congresswoman Lynn Woolsey. Fishman holds a Masters in International Affairs (MIA) from Columbia University and a B.A. from the University of California Los Angeles.​

Fishman’s title refers to a seven-stage framework, which prescribes key objectives and a timeline toward the establishment of a caliphate in Iraq that can then expand across the region. The plan was drawn up by Sayf al-Adl, the Egyptian military deputy to Osama bin Ladin, in the months after the fall of the Taliban regime in November 2001.

The founder of the IS movement, Abu Musab al-Zarqawi, had not had an easy first meeting with Bin Ladin. Al-Zarqawi agreed with al-Qaeda that most Muslims weren’t true believers and that an Islamic state must be formed; yet there was no agreement on what to do with these wayward Muslims or when to establish a religious state.

It was al-Adl who convinced Bin Ladin to provide al-Zarqawi with resources and space for a terrorist training camp in Taliban-controlled Afghanistan, in no small part because al-Qaeda needed to offset the power of other Arab jihadists present in the country.

In the aftermath of the Taliban, al-Adl tried to create a more formal alliance between jihadis by bridging the gap in strategic visions between the IS movement and al-Qaeda.

He wrote a full history of al-Qaeda’s engagement with al-Zarqawi and the master plan on 42 pages of ‘yellow, greaseproof paper, each of which had been folded so tightly that it was no larger than a cigarette,’ and had it smuggled to Jordanian journalist Fuad Husayn.

Fishman acknowledges that ‘there is no conclusive evidence that jihadi leaders consulted the master plan in their own decision making,’ but ‘prominent jihadi theorists did use it… to assess al-Qaeda’s “progress” in Iraq’ — IS being a formal branch of al-Qaeda between 2004 and 2006 (or until 2014, according to al-Qaeda).

Irrespective, the plan remains ‘a trenchant framework for understanding the processes that led to the Islamic State’s declaration of the caliphate in 2014’. As it happens, the plan predicted — in stage five — the correct timing of the caliphate’s declaration, though this again was likely not a conscious following. It was an operationalisation of the plan’s key insight.

Al-Qaeda held that while the ‘near enemy’ (local Arab regimes) had the support of the ‘far enemy’ (the West, led by the US), they could not be toppled. The master plan identified two loopholes — Iraq and Syria — where the regimes could be brought down without a need to sever them from the West first.

Indeed, at the time the plan was being written, Saddam Hussein was clearly on borrowed time, courtesy of the US invasion: with his regime collapsing around him, Hussein was invited one last time to come clean and dismantle his stocks of weapons of mass destruction, but he gambled that the Iranians were the bigger threat than the US, so let stand the allegations about his arsenal of weaponry.

Al-Zarqawi was in Baghdad by May 2002 and found throughout Iraq that there were large, powerful Salafi networks which allowed the IS movement to find a foothold quickly.

The regime had allowed the Salafists networks to grow, partly due to Hussein’s increasing Islamisation of the country, but also because a mortally weakened regime was unable to restrain them. Efforts to direct the religious revival in Iraq in the 1990s had effectively backfired with the Salafists having reached deep into Hussein’s own security services before the end.

What is interesting is that al-Adl’s master plan was written at the same time as another famous jihadi strategic manual, The Management of Savagery, by Abu Bakr Naji during his time in Iran, where the revolutionary regime sheltered — and still does — a number of al-Qaeda jihadists from US drones.

Naji is almost certainly a pseudonym for Muhammad Khalil al-Hakaymah, an Egyptian who fled Afghanistan alongside al-Zarqawi and al-Adl. ‘Just like al-Adl,’ Fishman explains, ‘Hakaymah… had ties with the Iranian government predating 9/ 11’.

For those interested in the history of the IS movement, especially its personalities, Fishman’s book is a goldmine; whether it is Thamir Mubarak, one of al-Zarqawi’s senior underlings, who was among the first to make the transition from Hussein’s army to the jihadis, or Abu Anas al-Shami, who embodies the model of the scholar-warrior for IS, which to this day dismisses Muslim clerics not on the battlefield as unworthy to preach about jihad.

Fishman’s book punctures a number of myths about the history of IS simply by extensively documenting the facts. It is often said that IS turned to international attacks when its ‘Caliphate’ started to contract. It isn’t true: the first IS foreign attack was thwarted in April 2002 in Germany. IS was always focused on the West; it just had the West on its doorstep between 2003 and 2011.

Primary among the conspiracy theories about IS is that it is externally funded. Captured IS documents make quite clear that the organisation is financed internally, by taxing — extorting — populations under its sway and other mafia-style, self-sustaining criminal enterprises.

While Gulf donors and the Saudi government are often put in the frame for assisting IS, the reality is that to the extent states have assisted the rise of IS the real villains are Iran, as discussed above, and the Syrian regime of Bashar al-Assad.

Al-Assad provided IS a hinterland that helped it ride out defeat in Iraq and facilitated its recruitment of foreign fighters during the entire period of the US regency in Iraq. Once this terrorist network turned on his regime, the support did not end. ‘[I]t is simply fact that the Assad regime had historically bolstered jihadi groups… as a way to keep its enemies divided,’ Fishman points out, and that playbook would be dusted off once the Syrian uprising began.

Perhaps the most important myth that Fishman explodes is the perceived incompetence of Emir Abu Umar al-Baghdadi and his deputy Abu Hamza al-Muhajir, the previous leaders of IS.

In the three months after Abu Umar and al-Muhajir were killed in 2010, the US eliminated 80 per cent of IS’s leadership. American military officials point to the dwindling recruits, the financial difficulties, and the loss of territory to make their case that IS was defeated. It was all true, and it all missed the point.

As we can now see, Abu Umar had built an organisation so resilient in structure that it could survive a near-total decapitation and begin an under-the-radar rebuilding programme. More importantly, ‘despite [these] battlefield setbacks it was achieving its political aim,’ Fishman writes: IS was succeeding in discrediting the state. In a pattern seen since Fallujah in 2004, military losses were being translated into political legitimacy.