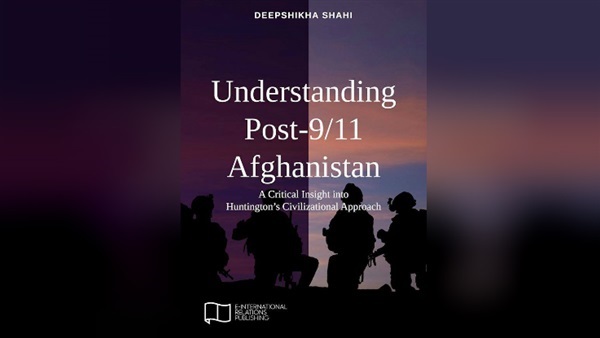 The 9/11 attacks have deeply affected the Afghan society, even a long time after the attacks took place.

Some of the advocates of Samuel Huntington's Clash of Civilizations theory view Afghanistan as a perfect country where this theory manifests itself.

The people of Afghanistan are stuck between a group of Islamist extremists and another group that wants to apply western-style democracy in Afghanistan.

In her book "Understanding Post-9/11 Afghanistan: A critical Insight into Huntington's Civilizational Approach", author Deepshikha Shahi, who teaches political science at the University of New Delhi, mentions the reasons behind the clash of civilizations, especially in the Afghan society after 9/11.

The book was released in February 2017 by the British International Relations Center. It is the third by Shahi who is specialized in relations between the eastern and western cultures.

In the view of the Indian researcher, there is an urgent need for a deeper understanding of what is happening in Afghanistan to achieve lasting peace in the country. She considers that by focusing on human dialogue without bias. She says a way has to be found to reach peace, even with the interplay between what is political and religious in Afghanistan, in addition to the dialogue's contribution to the acquittal of the Islamic religion from unfair charges, such as a religion that calls for violence and rejection of the other.

During the preparation of the book, Shahi relied on several sources. She conducted interviews with several key figures in Afghan society, including politicians, diplomats and UN staff in Afghanistan, as well as Europeans and Americans working for civil society organizations there, as well as data and information she obtained during her visit to Afghanistan in 2011, and summarized for presentation in the book.

The first two chapters of the four-part book are devoted to the origins and characteristics of the theory of clash of civilizations presented by Samuel Huntington in one of his most famous works, The Clash of Civilizations and Restructuring of the World (1996). She also critically evaluates the cognitive, political, as well as the so-called existential human model of psychology, on which Huntington's theory is based. This model provides the idea that there is a relationship between the extent of knowledge possessed by man and his tendency to use violence to defend what he sees as a fact that everyone must believe in.

The third chapter of the book focuses on several specific historical factors that influenced the idea that the September 11 attacks and the subsequent events in Afghanistan were the result of the theory of clash of civilizations, as presented by the author in this chapter. Influence of Huntington's theory on events in Afghanistan, the most important of these factors from Shahi's perspective is the lack of popularity of this theory in Afghan society.

In this chapter, a comparison is made between the history of political transformations in Afghanistan before and after the 9/11 attacks, and how the conviction of some Western politicians of Huntington's theory influenced subsequent decisions and the subsequent damage to Afghanistan following the terrorist attacks and the military presence of Western countries on the territories Afghan conflict.

The fourth chapter of the book aims to provide a deeper and more accurate understanding of what is going on in Afghanistan after the 9/11 attacks. This understanding presents what is happening in Afghanistan as a model for the aspirations of hegemony and control in the Afghan parties. Western countries seek to dominate the Afghan political system because the country is in an important geopolitical position. Its conflict with Russia and China, and this is the case with the political parties that use the religious ideology of hard-line in order to impose its control and rule of the country.

The author presents several solutions to solve the complex situation of the Afghan crisis. The solution is to create and create social forces that do not belong to any party that wishes to dominate and dominate, in order to create a new social reality based on pluralism and the inclusion of all parties that adopt different views in social dialogue. The book concludes with the idea of reinterpreting the Qur'an in order to retrieve Islam from Islamic extremists who use misinterpretations to serve their political ends.