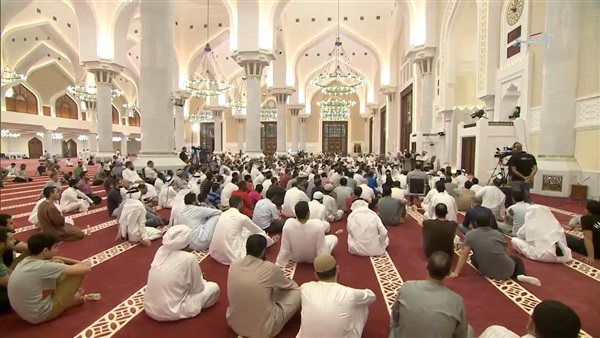 Jama’at at-Tabligh is classified as a group of preaching and guidance. It directs its message and Dawaa to Muslims and non-Muslims in a simplified manner, away from intellectual and jurisprudential differences, as well as political differences. They aim – as the group proclaim - mainly for calling people to true Islam, rather than to change political regimes and establish what is called the "Islamic state".

The group is accused of being an incubator for Takfirites, or as breeding grounds for members move later to other Islamist groups, such as Muslim Brotherhood, Traditional Salafism, which take the methodological as a means of changing societies, or jihadist Salafism that emerged in the early 1990s.

Jama’at At-Tabligh was founded in 1920 by Muhammad Ilyas Kandhlawi (1885 - 1944), born in Kandhla. It is considered the oldest Islamist group in the world; it was founded 4 years before the Brotherhood (1928).

The group spread rapidly in India, due to it based on two basic principles: First: To inform those who did not receive the Islamic Dawaa from non-Muslims around the world. The second principle is to preach the Muslims and encourage them to pray. After that the group entered into Pakistan, Bangladesh and several neighboring countries in the Indian subcontinent.

This group was later referred to the Islamic world, and was received by the King of Saudi Arabia and its founder, Abdul Aziz Al Saud (1876-1953), and authorized its existence. Sheikh Muhammad bin Ibrahim Al-Sheikh (1893-1969), the head of the Fatwa in Saudi Arabia, called to support it.

Its cadres headed to Egypt and North Africa in 1951, and spread within the Egyptian society, so that it became in the second rank after the Salafism, in terms of numbers of its members, as the estimated number of its members in Egypt alone, more than 250 thousand people.

Ibrahim Ezzat, an Egyptian preacher in Upper Egypt (1938-1983), was the adopter of this group in Egypt, its headquarters in Tummwah, Abu Al-Nimras, in Giza.

Due to the leadership of Ezzat, who has a Salafist ideology, Jama’at At-Tabligh has been influenced by the nature of him.

The majority of those affiliated with jihadist groups were greatly influenced by Ezzat’s thought and affiliated with the Islamic groups through him. This is evident through his poetry, were sung by senior religious and jihadist chanter, most notably the Syrian singer Abu Mazin, and Abu Rateb, Such as "The Epic of Dawaa", "Allah Akbar", "Pre- Steps Terror," and other poems by the gunmen.

Chishti founder, Sheikh Ahmad Ibdal al-Chashti, who known as
(The Sun of the Kingdom of India) born in 534 AH in Chisht in Khorasan, one of the Iranian provinces (died in 633 AH).

Some studies indicate that Jama’at At-Tabligh took into consideration the ideas of the Sufism leaders in education and guidance, these studies indicate also they took their ideas from Nur (Nurism), in Turkey, (1896) which was founded by Bediuzzaman Said Nursi in 1896.

Jama’at At-Tabligh relies primarily on a smooth and easy manner to attract the non-religious people as the clients of cafes, clubs, and cinemas to put them in a religious environment, three days monthly, 40 days yearly, four months in the lifetime.

Jama’at At-Tabligh has unwritten and inherited assets of work and literature, knew and agreed to apply, in the field of Dawaa, based on the following:

• If they go out for Dawaa, they have to choose one of them to be their leader; they do not have specific positions, no permanent jobs, and assign a group of themselves to call the people of the villages they entered.

• They do not stay in mosques, and do not be guests to anyone, but each one of them takes a simple bed, and enough food, and a little money to spend on himself, the austerity is the dominant feature, and then go out calling people to hear the sermon.

The two sides of the same coin

Despite the asserting  of Jama’at At-Tabligh to not use violence or demanding political changes, many of them, especially within Egypt, have related to many jihadist, and thus the group has become the "safe passage" for young people specifically to the Islamic trend and violent organizations.

During the expanded investigations, which included most of the leaders of all factions of the Islamist Movement, following the assassination of the late Egyptian President Mohammed Anwar Sadat, on October 6, 1981, it was found that many members and leaders of the factions, "Jihad Organization" has begun its Religious activities, through Jama’at At-Tabligh, and most famous of these Aboud Al-Zomor one of the most famous Jihad leaders.

It was also proved that Ibrahim Ezzat had hinted to Mohamed Abdel Salam Farag the ideologue of the Egyptian Jihad group, the author of "The Absent religious duty," and the first person accused of assassinating Sadat, that he was a believer in the ideology of jihad organization, but for many reasons he could not join, in the same time, Farag hinted, that the organization of jihad could enlist the members of Jama’at At-Tabligh in secret and individually, to work in the ranks of the organization of jihad, "I bring you people from the street to the mosque and you responsible for recruitment them" he said.

Jama’at At-Tabligh has disappeared for a long time from the Egyptian scene in particular, as well as the international scene, but they are fighting for survival. They have re-emerged publicly and are active in the Egyptian street again in the downtown’s cinemas in Cairo, late 2017.

The Egyptian authorities, called a number of leaders of the group, to investigate the state of proliferation carried out by its elements.