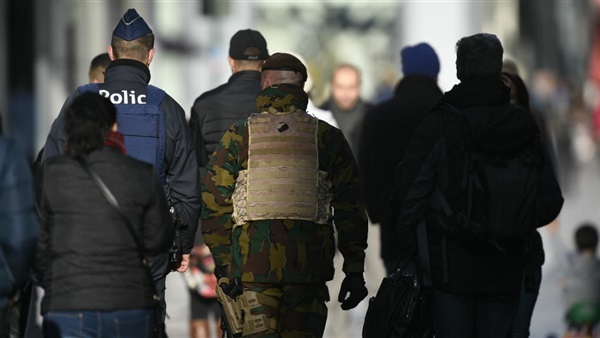 The Europol published a study, conducted by researcher Pieter Van Ostaeyen, on the Belgian Jihadi scene. The paper, which is titled "The History and Influence of the Belgian ISIS Contingent",  was presented at the 3rd conference of the European Counter Terrorism Centre (ECTC) Advisory Network on terrorism and propaganda.

Jihadi recruitment in Belgium for the war in Syria was mainly organised by three networks of Belgian-based individuals: Sharia4Belgium, Resto du Tawheed and the Zerkani network. The first two cooperated closely and were modeled after Anjem Choudary’s Islam4UK. The latter was a network of what this author describes as a network of gangster jihadists.

Sharia4Belgium was a group, mostly active in Antwerp and the city of Vilvoorde, where its leader Fouad Belkacem actively preached “jihad” in the streets and in public places.

Furthermore, they had a very prominent presence on the internet and social media. The group was able to attract young people from a variety of backgrounds, some of whom with a track record of minor crimes, some highly educated. Its sister network, Resto du Tawheed, was led by convert to Islam Jean-Louis Denis, nicknamed Le Soumis (“the humble one”), and was mostly active around Brussels North train station.

In 2012, Sharia4Belgium disbanded, briefly after its leader Fouad Belkacem was arrested for a variety of hate crimes. Belkacem was eventually sentenced to a prolonged prison sentence. Soon after his arrest, the first high-ranking group members left for Syria to join the earliest jihadi networks operating in the country. One of the first individuals who left Belgium to join the ranks of jihadi networks in Syria was Houssein el-Ouassaki, originiating from the city of Vilvoorde.

At the time of his entry into Syria via the Turkish border, el-Ouassaki did not have any connections with local jihadi groups and hardly spoke Arabic. He was determined to join a group of “mujahidin”, so he approached the first Syrians he encountered and asked to bring him to the “mujahidin”.

The Syrians drove el-Ouassaki to a camp of the Free Syrian Army, but when he saw some of them smoking, he refused to get out of the car and told his escorts that he wanted to join the real “mujahidin”. In the end, the Syrians dropped el-Ouassaki off at the camp of Majlis Shura al-Mujahidin (“mujahidin consultative council”), a group led by the Syrian Abu Athir al-Absi. It is believed that Houssein was one of the first Western foreign fighters to join the ranks of the group.

The years 2012 to 2014 were the period of what can be called a Five Star Jihad: al-Absi’s Syrian men were housed in a place that they referred to as “the palace”; the Western fighters in a villa nearby the village of Kafr Hamra, just north of Aleppo.

In April 2013, Abu Bakr al-Baghdadi, the leader of the Islamic State in Iraq, who in June 2014, would be proclaimed caliph of what would henceforth be known as the Islamic State, travelled through northern Syria in a bid to recruit the highest number of foreign fighters possible for his group. He met Abu Athir al-Absi and persuaded him to join his project. In the presence of at least three of the Belgian fighters, Abu Athir and most of his group pledged allegiance to al-Baghdadi.

Another group that was consulted by al-Baghdadi during his trip throughout Syria was Katibat al-Battar al-Libiyya (“cutting [sword] Libyan brigade”), a brigade consisting mainly of fighters from Libyan origin.

By mid-2016, according to official numbers, about 450 Belgian individuals, including around 130 women and children, eventually ended up travelling to Syria.

Khalid Zerkani, the group's leader, provided up to EUR 6 000 in cash for those in his network who would be willing to join ISIS in Syria or Iraq. A prime example of a gangster jihadi was Ibrahim el-Bakraoui who committed one of the suicide attacks at Brussels airport in March 2016.

In 2010 Ibrahim el-Bakraoui tried to rob an exchange office in Brussels in broad daylight. Of the roughly 450 Belgians that left or tried to leave for Syria or Iraq, the majority left from Brussels, a grand total of 207 individuals.

Most worrying, however, is that we have lost track of at least 150 Belgian FTFs. Nobody seems to know whether they were killed during the last phases of the military struggle against ISIS, or they escaped with their compatriots, living to fight another day. It is clear that, up to this point, Belgium is facing the threat posed by a variety of its ISIS recruits.

ISIS might rise to the forefront again and that the War on Terror is far from being over yet.

The military defeat of ISIS has been framed in the group’s ideology as a test of their resilience from God. ISIS supporters are convinced that they eventually will rule the world.

Another aspect that might have been attractive for some with a criminal background was the promise of a new life under the “caliphate”, where equality and brotherhood reigned supreme. The caliphate bore the promise that, if they shed blood on the battlefield, all previous sins would be erased.