Boris Johnson is uniting leave.. Labour must do the same for remain 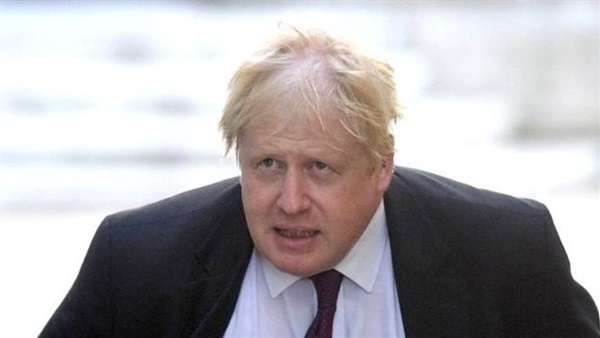 Take 10 paces back and ask yourself, what just happened? Only when you appreciate what the Conservative party has just done can you begin to consider how Labour, and the other opposition parties, should respond. Indeed, the clearer the Tory move becomes, the more obvious the duty of the opposition.

Two months ago, the Tories were crushed in the European elections, their vote share reduced to just 9%. Their problem was that a rival had emerged, making a much clearer pitch on the great question of the age, namely Brexit. Beaten by Nigel Farage’s Brexit party, the Conservatives reacted swiftly. They dumped a leader deemed insufficiently full-throated on Brexit, replacing her with one whose message is unambiguous. Boris Johnson has now taken office and appointed a new cabinet that leaves no doubt on Brexit: the new government is fully committed not only to leaving the European Union, but to leaving on 31 October with or without a deal “do or die”.

The result is that the Conservatives are ready to face an early election – so ready, in fact, that the Johnson consigliere and Vote Leave mastermind Dominic Cummings has already launched 554 personalised advertisements on Facebook, apparently rerunning the mass data-harvesting exercise that so shaped the 2016 referendum. The Tories will seek from the electorate either a reward for having delivered Brexit with a deal, or a mandate for delivering Brexit without one – depending on the resistance they encounter in the coming weeks from Brussels and what the Brexiters call the “remainer parliament”. (The former scenario points to an election in the spring, the latter suggests the autumn.)

They will head into that campaign confident that they have consolidated the leave vote fully behind Johnson. After all, they will have shot Farage’s fox: why vote for him when you can get the same product from the Tories? Failing that, Johnson could forge an electoral pact with Farage, as reportedly urged by that ever more active intruder in British politics, Donald Trump. Either way, the story of the last two months is the story of Tory determination never to split the leave vote again, and to ensure those who want Britain out of the EU have a clear and obvious vehicle to climb into.

Labour’s story could be the mirror image. It too was trounced in May, its vote share reduced to just 14%. Like the Conservatives, it saw a rival emerge, one able to make a much clearer pitch on Brexit. In fact, several rivals emerged – the Lib Dems, the Greens, the SNP and Plaid Cymru – all offering an undiluted commitment to staying in the EU. Taken together, and in most cases separately, they did better than Labour.

If Labour were minded to fight Tory fire with fire, it would know what to do. Labour would now burst the Lib Dem and Green balloons as decisively as the Tories sought to neutralise Farage. It would dump a leader who is insufficiently full-throated on Brexit and replace him with one as unambiguously for remain as Johnson is for leave. It would be ready for that early election, armed with a Brexit stance everyone could understand.

Instead, there is now a curious asymmetry in British politics. The leave vote is consolidating before our very eyes, while the remain vote is hopelessly fragmented. Given the nature of our electoral system, and with the next election set to be dominated by Brexit, that hands the advantage to Johnson and to the Brexit cause.

The question, then, is clear. Should Labour ape the Tories and declare itself wholly on one side of what is now the great dividing line in British politics?

There will be costs. Just as Johnson’s hard-right cabinet will repel liberal Conservatives and Tory remainers – perhaps driving both into the arms of Jo Swinson and the Lib Dems – so a wholeheartedly remain Labour party could lose its leave voters. It would be a realignment, with the two main parties no longer divided on the traditional lines of class allegiance, nor even right versus left, but leave versus remain.

Plenty of Labour MPs tremble at that prospect, either because they think they’ll lose their seats, in the Midlands or the north of England, or because they feel that the historic bond between Labour and the working class will be sundered. For them, a Labour party of the pro-remain cities and university towns, supported mainly by graduates, just wouldn’t be Labour any more. One seasoned MP also urges colleagues to look at the map. The electoral geography means that leave accounts for disproportionately more Commons seats than remain, and leavers often live in marginal seats that Labour needs to win.

But those fears rest on several contestable assumptions. One is that any break over Brexit would be permanent, that those Labour leavers would never come back. Another, repeatedly debunked by Manchester University’s Prof Rob Ford and others, is that Labour voters in leave seats are themselves leavers. As Ford writes: “Remain voters outnumber leave voters among the 2017 Labour vote in almost every Labour leave seat.”

Most important, those counselling against Labour unabashedly becoming the party of remain persist in believing that Labour’s fence-sitting will somehow be appealing to pro-Brexit voters. Of course it won’t. Those voters will have the Brexit clarity of Johnson (perhaps allied with Farage) to go to before they turn to the tortured triangulation of Jeremy Corbyn.

As things stand there is no sign that Labour plans to make a shift to clarity equivalent to that undertaken by the Tories. On the contrary, this week saw another round of official denials that Labour is a “remain party,” as well as yet more confusion over whether and when Labour would back a second referendum.

This is the void into which the unequivocally remain parties can step and flourish, the Lib Dems and Greens offering themselves as a natural home for those who wish to see Britain stay in the European Union. The response of the online Corbynite army has been to attack Swinson in order to deter any wavering Labourites from defecting. The alternative course would be to offer those voters what Swinson is offering: implacable opposition to Brexit. Instead they seem to believe that you catch more flies with vinegar than with honey when it’s usually the other way around.

That view may be founded on the arrogant and faulty assumption that only Labour can consolidate the anti-Brexit vote. But note the warm words with which Caroline Lucas greeted Swinson’s victory, full of talk of “reaching out across party lines”. Because that’s the other way to take on the unified forces of leave: a remain alliance of Lib Dems and Greens, reinforced in Scotland and Wales by the anti-Brexit SNP and Plaid. It seems a long shot now, given how hard it is for third and fourth parties to break through. But next week’s byelection in Brecon and Radnorshire will show how electoral pacts can work, after Plaid and the Greens cleared the field for the Lib Dem challenger. It’s why one shadow cabinet minister tells me he can see Labour at the next election “losing seats to the Brexit party, to the Tories, to the Lib Dems, to everyone”.

This week Boris Johnson took several big steps towards forging a leave bloc. The only way that can be countered is with a remain bloc, whether with Labour or without it. The alternative is to stand and watch as a Tory party committed to a no-deal exit from the EU wins the next election, even though polls show that no deal is opposed by a majority of the public – all because remainers were too divided to stop it. Such an election could be a matter of weeks away. The need for a brave, mould-breaking move has rarely been greater – and time has rarely been shorter.