US includes Moroccan top militant in its terrorist list 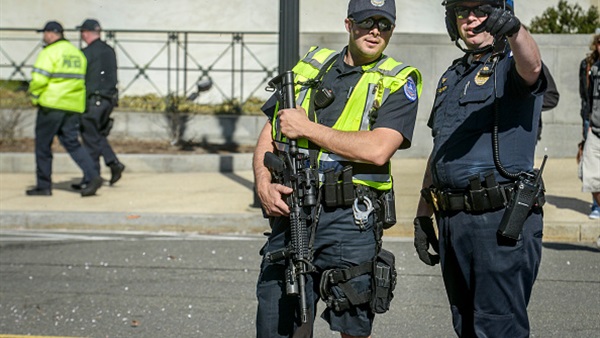 The United States has listed Moroccan Ali Maychou, one of the leaders of JNIM, the self-proclaimed Al-Qaeda branch in Mali, on its global terrorist list.

Ali Maychou holds a leadership role with Jama’at Nusrat al-Islam wal-Muslimin (JNIM), a West-African militant jihadist group designated by the US as a Foreign Terrorist Organization.

As a result of the designation, all property subject to U.S. jurisdiction in which Maychou has any interest is blocked, and U.S. persons are generally prohibited from engaging in any transactions with Maychou.

Maychou, a Moroccan national, was born in 1983. He has several codenames. He was held a judicial position inside JNIM

He hails from a famous tribe in northern Morocco. The tribe is extended over a large part of Morocco.

Maychou appeared in numerous videos, including most recently when he threatened that JNIM would target participants in the presidential elections in Mali in 2018.

In the same video, Maychou said his group would join in a number of other terrorist groups to form the al-Qaeda in the Islamic Maghreb.

In 2015, a media outlet of the al-Qaeda in the Islamic Maghreb aired a video in which Maychou claimed responsibility for the execution of three people on charges of cooperating with Tunisian and Mauritanian intelligence agencies.

The US had designated JNIM a "terrorist" organization earlier. It did this against the background of the merger between the group and four other terrorist organizations.

The al-Qaeda in the Islamic Maghreb is the first terrorist organization to emerge in North Africa and the African Sahel.

It made its presence felt during the bloody decade in Algeria in the 1990s. It joined al-Qaeda in 2003 after swearing allegiance to Osama bin Laden.