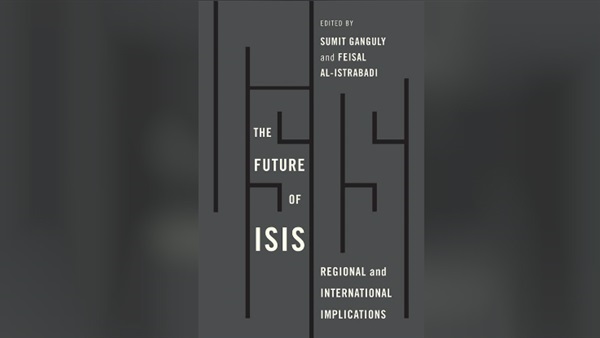 Since its emergence on the international scene, the Daesh terrorist organization has occupied a wide space in the interests of researchers and politicians, especially with its increasing violence and brutality, as it takes over vast areas of the Middle East.

With a recent loss of land, coupled with the United States' declaration of deregulation, most analyzes and studies tended to refute the potential destinations of the elements of the organization, the geographic locations to be received, as well as the future impacts, regional and strategic implications of its activity.

One of the most prominent of these analyzes is what was presented in the recently published English book, The Future of Regional Advocacy and International Implications, which was written by Iraqi politician Faisal Al-Istrabadi, a professor of international law and diplomacy.

He has served as Ambassador and Representative of Iraq to the United Nations from 2004 to 2007. He was co-authored by Sumit Ganguly, Professor of Political Science at the University of Indiana, USA.

The book sheds some light on the factors and vocabulary that make the organization a tool to stir up panic and chaos in the world, despite the ongoing elimination allegations.

The authors believe that 2017, which saw the declaration of the Iraqi forces regaining land seized by Daesh, and the subsequent fierce battles against organized camps in Syria, ended with media reports about the failure of the group.

According to the book, it is too early to claim that the world will not witness branches or new extreme phenomena in the near future, but it is likely that the current terrorist group will change in a dramatic way as a response to the changing global political scene, and therefore will remain so critical imperative for researchers and those interested in extremist groups file.

The counter-strategies of Daesh and other radical groups will not become serious without understanding the range of ideas and beliefs that contribute to bringing more elements to belonging to these groups, particularly the author's view of reformulating the founding ideas of political Islam groups.

This is what emerged with the term Caliphate adopted by the extremist group since its emergence in 2014 to symbolize the existence of a religious symbol lost its luster since the fall of the Ottoman Empire in 1924, and in light of that claims the group is the only political entity that represents Muslims.

Moreover, the author believes that the failure of international intelligence agencies to predict their ascendancy and their insistence that Al-Qaeda is the most dangerous threat in the world is a serious threat that complicates negative effects of a promising future on the international community.

The writer referred to the difficult circumstances surrounding the situation in Syria and Iraq during the emergence of Daesh on their land, and the intervention of international powers in the political game in the region, such as the roles played by Tehran to build bridges of communication, and develop its influence, and to show itself as superpowers in the international community.