Latest
Attracting the marginalized: ISIS’s new strategy to recruit local elements ‘We will burn everyone’: Ghannouchi threatens Tunisia with chaos and Europe with refugees Terrorist crossings: Libya and Italy a headache for Europe The Last Days of Osama bin Laden Demonstrations against France’s vaccine pass surge for a third weekend, even as cases rise. Key Afghan City in Danger of Falling to the Taliban . With Undersea Robots, an Air Force Navigator Lost Since 1967 Is Found Top Myanmar General Says Military Rule Will Continue Into 2023 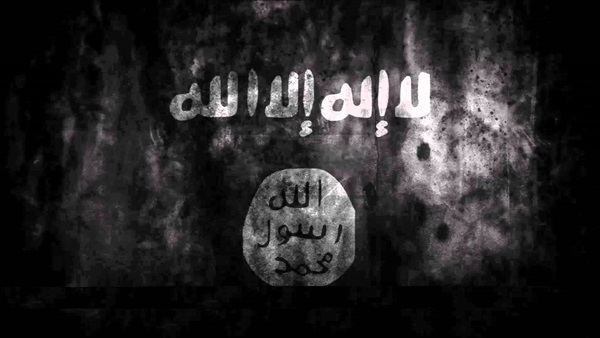 In the wake of the failed assassinate attempt for the President Gamal Abdel Nasser in Al-Manshiyya square, Alexandria, in 1954, the Brotherhood was dissolved and a political siege was imposed on its members. After this step, the brotherhood communicated secretly to re-activate the old executive office.

Over years, several meetings were organized in presence of a representing member from each country has a branch for the Muslim Brotherhood. These meetings were held in several countries, including Saudi Arabia, Turkey, Lebanon, Jordan and some European countries.

Following the general forming of the international organization, substantial amendments were made to the regulations of the group to suit the new situation. Among those regulations the Shura Council is responsible for choosing the Supreme Guide. Shura Council is elected from all countries. The swear of loyalty and obedience was amended to "a vow" and not a swear, it become a general loyalty, instead of the special pledge to the Supreme Guide.

Some of the brotherhood members, like Youssef Nada, the former Brotherhood's external relations commissioner, denied in a BBC television interview in October 2009, the existence of the “Brotherhood international organization”.

Nada described the international organization as “bruit” but many of the members believed it. The reality approved the opposition of Nada opinion.

The international organization consists of a representative of the brotherhood’s branches, within various countries, and each of these branches operates according to the constitutions and internal laws of these countries, and has its challenges.

The international organization consists of a Shura Council and the Guidance Office. The Shura Council consists of 33 to 35 members, including the Group of Eight, whose internal regulations stipulate that they are from the country of the Guide. The rest of the Shura Council members represent the rest of the Arab, American and European countries, and they are nominated by their branches in these countries, and meet every two or three months - depending on the circumstances- as some members are unable to attend the meeting because of security conditions in their country.

The Shura Council term is 4 years, in the first meeting, the council shall elect the Guidance Office, which consists of 13 members, including the G8, the Egyptian brotherhoods member considered the basis of the International organization. The Guidance Office meets every month in London, depending on the political circumstances. The meeting may be held only by the G8 in Egypt, if it is not possible to meet in London, the former headquarters was Germany.

International organization takes its decisions centrally and decentralized, in other words, there are issues in which all the brotherhood entities can participate, such as issues of concern to all Muslims in the world, such as the Palestinian case, confronting Islamophobia, and the West's attitude towards Islam. Decentralized decisions are related to the issues of each branch in its region.

The regional cases such as in Iraq, when the Muslim Brotherhood participated there in the American Governing Council under the leadership of Bremer. As in Algeria, when the Brotherhood there decided to go to the first experiment for the presidential elections.

Dr. Mohamed Habib, the former deputy of the Muslim Brotherhood's Guide, reveals a very serious fact that the regime of former President Mohamed Hosni Mubarak was keen to " Egyptized" the leadership of the group and maintain the international organization in Egypt to use it as a political pressure card on other states have branches of the brotherhood, to be able to exercise some kind of guardianship of those states.

Habib pointed out that the international organization surrounded with great propaganda exceed its normal size on the ground, that the media have no idea of ​​the internal structure of the Brotherhood sufficiently, and that many of the specialized journalists did not read the internal regulations of the group - as he claimed.

The former Brotherhood leader, also revealed the intelligence and information cooperation between London - which hosts the international organization - and the Egyptian authorities; as the meetings are recorded in London and sent to Egypt, expected to move the headquarters of the organization to Turkey in the future, if problems occurred between the group and Britain.