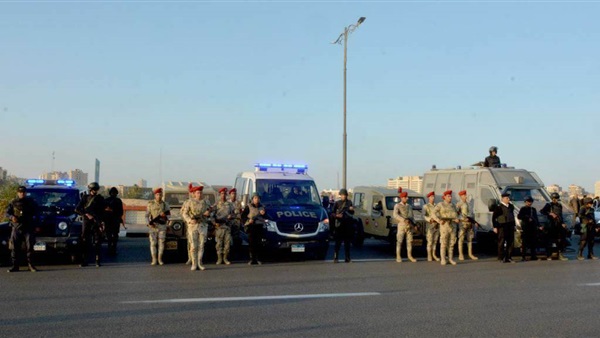 The Muslim Brotherhood is not divided into two factions as it appears; it is one group that carried out considerably increased activities through its armed wing during a period of time, specifically throughout 2014 and 2015. 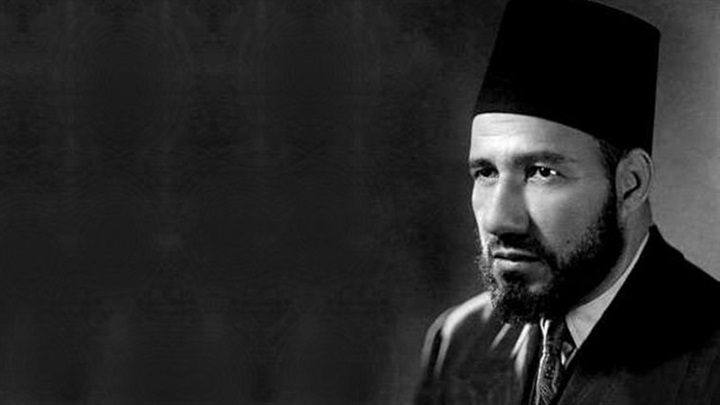 The brotherhood’s armed wing was later known as the “substantive committees”.

Then the brotherhood, being a secret organization at the time, received a fatal blow by the Egyptian security authorities; that is when the organization decided to show its other face.

Al-Banna formed two factions for the brotherhood, the first one was a secret armed wing, while the other one was a public political wing, so that he could evade violence when his recruits lose. 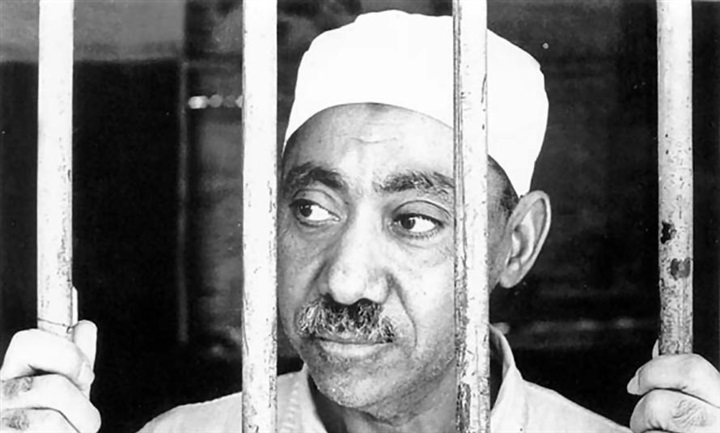 Qutb, on the other hand, sought to arm the whole organization and let a single armed wing to carry out clashes without going through political maneuvers.

The two philosophies conflicted when the armed wing got promoted to carry out certain tasks under the supervision of the supreme leadership of the brotherhood.

The Brotherhood’s so-called old guard, leaders who had been imprisoned by the Egyptian government under Gamal Abd El-Nasser, held on to their posts, while clinging to Banna’s philosophy.

Al-Banna’s philosophy allowed the combination of being secret, public, armed, and political; for example, the old guard themselves formed this armed faction, and the supreme guide of the brotherhood launched his plan to restructure the organization from his cell before sparks of the Jan. 25, 2015 revolution.

The two factions did not have a dispute for two years, as they chose to wait and observe how the tides will turn.

The factions agreed on choosing violence and the “militarization of the revolution” in accordance with the plan set by Mohamed Kamal, a member of the group's top leadership council who supervised all activities of the armed faction before security forces killed him.

When the brotherhood knew its substantive committees and armed wing got defeated, sparks of a conflict rose with the aim to return to Banna’s philosophy after the failure of Qutb’s plan. This was a necessary step to portray the brotherhood as innocent from the violence that “another rebellious faction” committed. 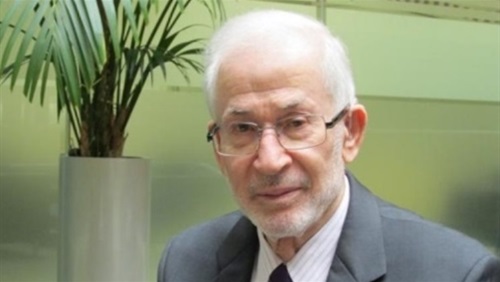 The return to the brotherhood:

The old guard of the brotherhood, including Ibrahim Munir, Mahmoud Ezzat and Mahmoud Hussein, realized the dimensions of the security crackdown through clashes with the Egyptian police, which lasted for more than three years, or the Comprehensive Operation of Sinai 2018, which will eliminate the rest of the brotherhood’s secret committees.

Therefore, Muslim Brotherhood secretary-general Mahmoud Hussein, during an interview with the Qatari Al Jazeera satellite channel, called for the return to the brotherhood’s originality and institutions, as he realized that the defeat of the brotherhood’s armed wing forced its members to retreat and surrender.

Mahmoud wanted members of the brotherhood to retreat to the originality of the organization, not to the state by declaring repentance and apologizing to the Egyptian community.

Leaders of the brotherhood usually sense the fate of armed wings, especially that the Muslim Brotherhood was about to get completely eliminated after defeating the armed Organization 1965, which was led by Sayyid Qutb.

Muslim Brotherhood leaders are aware that armed wings are doomed to either being defeated by the state’s security forces, or surrender, like what happened to al-Jama'a al-Islamiyya during the 90s.

The seriousness of the brotherhood’s old guard emphasizes here, as it utilizes contradictions to the benefit of the organization; it prevaricates through being secretive and public, claims peaceful slogans that denounce violence, and addresses the West with a different speech and performance than it does with the Egyptian society differently.

Leaders of this faction would often rely on a devious speech that pushes the public into being a party in the conflict in order to achieve to goals of the “Kamalists”; thus, they commit violence on a wider scale, instead of limiting the conflict between the brotherhood and security forces. 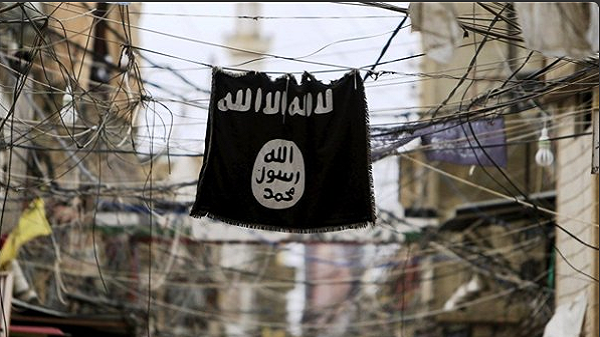 Some armed committees of the brotherhood saw no point in continuing in weak cells that did not provide what the youth aspired for, so they sought to join the more experienced and fierce organization in the fields of war, so that they could get the revenge they wanted.

For its part, Daesh got advantage of how the young Muslim Brotherhood members were fascinated by the organization as they kept on coming to join Daesh’s rows.

A footage released by Daesh, entitled “Protectors of Islamic Law”, affirmed that the son of Muslim Brotherhood leader Ibrahim El-Deeb, Omar, had joined the group’s ranks.

Mahmoud Ezzat, member of the old guard, decided to show up in this exact time to slam the youth faction of the brotherhood and accuse it of sending the brotherhood’s youth over to Daesh for recruitment.

Moreover, Mahmoud Hussein spoke of how the brotherhood disowns Daesh and its ideology, the Hasm Movement, which is one of the brotherhood most significant committees, and anyone who would arm up against the state and its security authorities.

The old guard here is trying to hold the organization together so that it does not tumble after the defeat of its armed factions and the departure of some of its young members to Daesh, and some others to the Egyptian state. 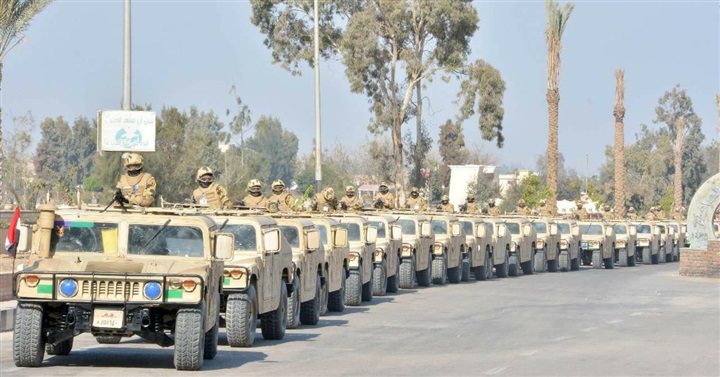 The Comprehensive Operation of Sinai 2018, a large counter-terrorism campaign conducted by the Egyptian Armed Forces and the Interior Ministry, also disrupted the “Kamalists” committee, which mainly relied on its plan to arm the brotherhood and upgrade it to an armed revolutionary organization with Sinai as its asylum.

This wasted chances of both the brotherhood’s factions to follow a road that would allow either of them to impose its control over the brotherhood, therefore, they escaped to an internal conflict, so that members of the brotherhood would not bother to look into the failures of the leaderships and demand transformations.

Leaders of both factions saw no escape from engaging in disagreements and escalate the attack tone, especially after the brotherhood got exposed after the Sinai 2018 operation, which eliminated the majority of armed terrorist organizations in Sinai.

All things considered, the old guard of the brotherhood seems to be in advance to dominate the organization, however, it will completely be subjected to the will of the Turkish leadership; this was reflected by the nature of the activities, conferences and festivities that the brotherhood organized in Turkey during the recent period.

The Arms of Egypt Movement, known as Hasm, which is considered the main armed faction of the brotherhood, endured great losses after security forces managed to locate and reveal many of its hideouts and secrets that included names of its members, leaders, and plans. This aided the security authorities to launch a series of proactive operations that captured many of the movement’s leaders and foiled many operations that were planned to take place, including the assassination attempt of Alexandria’s security chief, police Major General Mostafa al-Nemr.

In March 2018, Egyptian President Abdel Fatah al-Sisi affirmed that the army is close to rooting out all militancy in Egypt, including armed cells of the Muslim Brotherhood.

A new form of confrontation:

Egyptian military forces were able to take control over the borders and expose most of the militias’ hideouts and tunnels, the matter which hindered the brotherhood from compensating its internal losses through receiving external supports.

The old guard of the brotherhood had to change its strategy and declare a new form of confrontation with the Egyptian state and the whole Arab reality through “inaugurating Erdogan as the caliph and leader of the Islamic world” instead of clashing with the Egyptian state under the justification of restoring former president Mohamed Morsi back in power.

And by taking a closer look at the activities and announcements by the brotherhood’s leaders since the “Mosul Call” and the “Thanks Turkey” conferences that it organized in Turkey and until the 90th anniversary of the Muslim Brotherhood, we may realize that the brotherhood is going through a new phase under the leadership of Turkey.

The Muslim Brotherhood committed violence against the Egyptian state through its armed wings. Members of Hasm, who got detained, confessed that Turkey funds, supervises and plans the operations, and that it will begin doing this under the umbrella of Erdogan’s regional project to inaugurate him as the caliph and leader of Muslims as part of his plan to seize strategic lands in the Arab region.

Therefore, former Hamas political chief Khaled Meshaal pledged allegiance to Erdogan as “Leader of the Islamic Nation” after his blessing on Turkey’s occupation over Syria’s Afrin with the help of Muslim Brotherhood militias from the Free Syrian Army under the belief of “Jihad under the leadership of Erdogan.”

“The victory in Afrin was an example of the Turkish will, God willing, we will record heroic epics to for the triumph of our nation,” Erdogan said during a mass iftar in Istanbul in 2018.