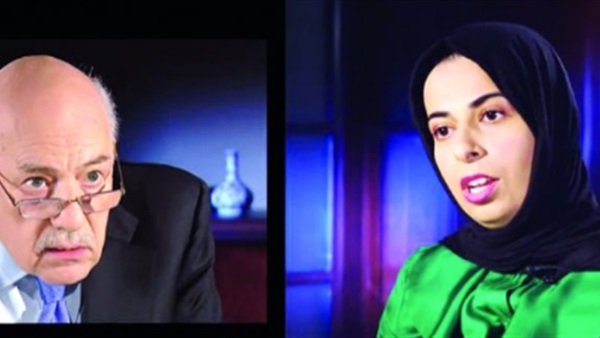 As Qatar marks two years under boycott, its foreign ministry spokesperson tries to deny Doha’s supporting for terrorism. Everyone saw you stuttering and also your weak argument and justifications.

In 2017, Qatar signed an agreement with the UN International Labour Organization to work on reforms to improve conditions for migrant workers. Implementing all the measures in that agreement, said Al-Khater, would make the country "a leading example in the region."

This is what we aspire to.

Qatar has received stark criticism from human rights groups over its treatment of guest workers. In February, Amnesty International said that "authorities risk falling behind on their promise to tackle widespread labour exploitation" and called for "a labour system that ends the abuse and misery inflicted upon so many migrant workers every day.

Al-Khater said that Doha welcomed the Amnesty report: "We deal with constructive criticism very positively." The foreign ministry spokesperson rejected the suggestion that authorities were dragging their feet over reforms. "No, we don't do the minimum. We are the best when it comes to our region," she said.

“Maybe because she is nothing but a big giant clown who represents a teeny tiny country with a stupid government and dump policies, and when I say tiny I'm not talking just about geography” one said describing lolwah alkhater.

It is bad when a small country like Qater use its wealth in a destructive way. It is destroying relationship with its neighbors it helps the Houthies keep the conflicts it helps Hamas keep the division it helps Libya stay divided, Completely negative.

In June 2017, the Arab quartet accused Doha of funding terrorism and listed 13 demands, which included shuttering Qatari-owned broadcaster Al Jazeera and breaking off diplomatic ties with Iran, a key ally. The Qatar government strongly denied the allegations and protested the ultimatum.

In October 2017, US Treasury Secretary Steve Mnuchin visited Qatar and agreed greater cooperation between Washington and Doha, including "on charitable and money service business sectors in Qatar to prevent terrorists from continuing to use those sectors for illicit financing purposes."

Asked why it hadn't already cracked down on illicit funding, Al-Khater defended her government, saying that in a recent visit in 2019, Mnuchin had been positive about Qatar's efforts.

"The State Department said that Qatar is ahead of its neighbors. This is a fact," she said.

They continue to lie and distort the facts. 11 Qatari nationals at the top of the list announced by Qatar under pressure from the United States of America.

In April 2018, the Anti-Defamation League said the Qatar government had "continued to use its prominent platforms to promote strident anti-Semitic preachers." Tim Sebastian confronts foreign ministry spokesperson Lolwah Alkhater over the issue.

Sebastian also asked if Qatar was playing word games with its support of Hamas, after its own counter-terrorism envoy, Mutlaq Al-Qahtani, said in April 2018 that "Hamas is not a terrorist organization." "There isn't a single Arab country that designates Hamas as a terrorist organization," Al-Khater told Sebastian. Challenged by Sebastian for another definition of the acts of suicide bombers, Al-Khater said it was "not acceptable" but refused to call it terrorism.

"You want to call it terrorism, fair enough. But the problem is you are not dealing fairly with the different parties here. We're talking in the context of occupation. There is Israeli occupation that is killing people on a daily basis."