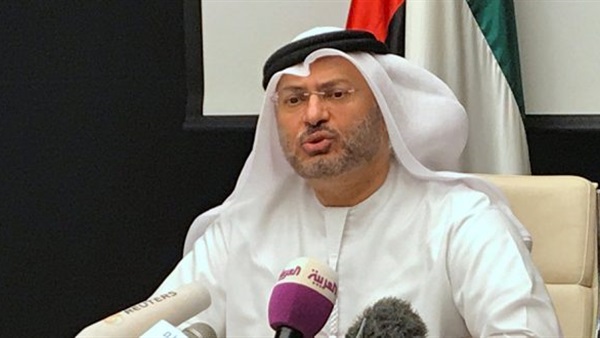 Sudanese opposition figures agreed to sit down for fresh talks with the ruling military council on Wednesday, a move welcomed by UAE Minister of State for Foreign Affairs Dr Anwar Gargash.

Responding to the news, the UAE minister – who said on Tuesday night that the Emirates was speaking to both sides in Khartoum to urge a return to the negotiating table – said that he hopes the new round of discussions would lead to a stable partnership.

He also said that mediation efforts by Ethiopian Prime Minister Abiy Ahmed had been positive in bridging the gap. Mr Ahmed flew to Khartoum earlier this week to meet with the military council and protest leaders.

“The current detente in Sudan calls for optimism and we call for the establishment of an agreement leading the transition through a real and stable partnership,” Dr Gargash said in a tweet on Wednesday.

The UAE has supported talks in Sudan since longtime leader Omar Al Bashir was removed by the military in April following months of protests. Mr Gargash has said that emergency aid from the Emirates and Saudi Arabia would help to support the country at a difficult period but added that the direction it takes “after 30 years of military, Muslim Brotherhood dictatorship" is an internal Sudanese affair.

Protest leaders on Wednesday agreed to end a civil disobedience campaign and return to discussions with the ruling generals, Ethiopian mediators said.

The protesters launched the general strike on Sunday after a deadly crackdown on June 3 by elements in the military on a sit-in camp outside the army headquarters.

Following Mr Al Bashir's removal, protesters camped outside military headquarters in Khartoum for weeks to demand civilian rule, before security and paramilitary forces dispersed them in a June 3 crackdown that killed dozens.

The army said the raid was targeting "criminal elements" within the protests but it got out of hand and led to scores of deaths. Opposition groups place the death toll at over 120 while the health ministry says 60 were killed.

Earlier in the week, most shops in the capital were closed and public transport had stopped. However, by Tuesday more markets were returning to life and several branches of private banks were open. Despite an end of the opposition shutdown on Wednesday, many stayed off the streets and the military was again out in force.

The announcement of fresh talks may ease tensions in Sudan after a week in which neither both sides appeared at loggerheads. After Mr Ahmed’s visit last Friday, three opposition figures who he met with were arrested and then deported to South Sudan. It is unclear if they will be allowed to return or take part in the new round of talks.

The United Nations Security Council on Tuesday night unanimously condemned the military response to the sit-in last week and called on both sides to move towards a solution to the crisis.

The council called on all sides "to continue working together towards a consensual solution to the current crisis" and voiced support for African-led diplomatic efforts.

The Security Council will discuss Sudan on Friday during a meeting focused on the joint UN-AU peacekeeping mission in Darfur, known as UNAMID.

The UN calls came as senior US diplomat, Tibor Nagy, was set to arrive in Khartoum this week for talks.

The military transitional council and leaders of the protest movements started negotiations on the future of the country shortly after Mr Al Bashir was removed. But the on-off talks faltered last month over the question of the makeup of a new council to oversee the transition.