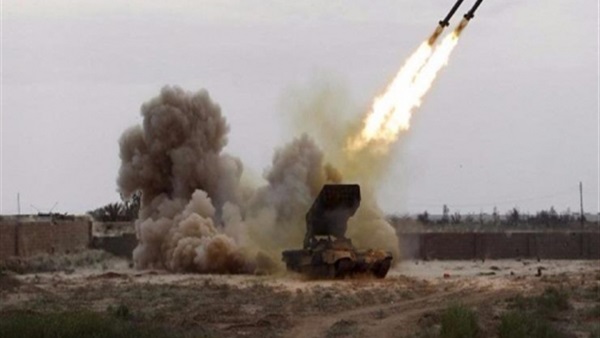 Yemeni rebels said they fired a cruise missile at a civilian airport in Saudi Arabia, an attack Riyadh said hit the arrivals hall and wounded 26 people.

The attack is part of an increasingly sophisticated Houthi campaign targeting Saudi sites and is certain to lead to the Saudis launching severe reprisals in Yemen, and possibly against Iran, which is allied to the Houthis.

Diplomats have long feared that the Yemen civil war, now into its fifth year, could spill over into the wider Iran-Saudi conflict with Riyadh accusing Tehran of providing logistical and technical support for the Houthi attacks.

No fatalities were reported in the airport attack, but the number of civilians wounded was the largest in any attack by Houthi rebels in Saudi Arabia.

The Houthis’ al-Masirah satellite news channel said the missile hit its intended target, Abha airport, near the Yemen border, disrupting flights. The Houthis have also been carrying out drone strikes on Saudi oil installations and may have been responsible for recent attacks on oil tankers off the coast of the United Arab Emirates.

A UAE-led investigation into shipping attacks was unable to identify the culprits, but said a state supported actor was involved.

The precise extent to which Iran is providing military assistance to the Houthis is a matter of dispute, but UN reports claim it has provided weaponry.

Iran operates through surrogates, but has looked as if it was seeking ways to reduce tensions with the US. The Japanese prime minister, Shinzo Abe, arrived in Tehran on Wednesday, carrying what Iran expects is a message on behalf of Donald Trump that sets out US conditions for direct talks.

Iran is threatening to pull out of the 2015 nuclear deal unless the US relaxes economic sanctions that are crippling the Iranian economy. Trump pulled the US out of the deal last year.

A spokesman for the Saudi-led coalition, Turki al-Maliki, was quoted by the state-run Al Ekhbariya news channel as saying three women and two children were among those hurt, and that eight people were taken to hospital while 18 sustained minor injuries.

A Houthi spokesman, Mohamed Abdel Salam, said the attack was in response to Saudi Arabia’s “continued aggression and blockade on Yemen”. Earlier in the week, he said attacks on Saudi airports were “the best way to break the blockade” of the airport in Yemen’s capital, Sana’a, which was overrun by the Houthis in late 2014. Tens of thousands of civilians have been killed in the conflict since, relief agencies say.

Another Houthi spokesman, Brig Gen Yahia Sarie, was quoted as saying that the missile struck and destroyed the air traffic control tower and that US-made air defence systems were unable to intercept it.

On Tuesday, the Saudis said they intercepted two drones aimed at the south-west city of Khamis Mushait, which is home to an airbase.

Yemen government’s information minister, Muammar al-Eryani, said the targeting of the Abha airport confirmed the Tehran regime was supplying the Houthi militia with ballistic missiles and expertise, adding that Iran’s policy of escalating the conflict was a clear challenge to those calling for calm.

He said “the Iranian project in Yemen is to use the territory to implement its subversive agenda. including threatening the energy sources and corridors of international trade”.

A limited and sporadically honoured UN ceasefire exists around the Yemen port city of Hodeidah, with the Saudi-backed Yemeni government increasingly angry at what its regards as the one-sided approach of the UN special envoy for Yemen, Martin Griffiths.

This week the UN reiterated its support for Griffiths’ work in a UK-sponsored statement, while the Yemeni foreign minister, Khaled al-Yamani, was reported to have resigned after what was seen as a rift with Riyadh over the antagonism towards Griffiths.

The escalation between Yemen and Saudi Arabia comes at a critical moment in the dispute between the US and Iran. Tehran is threatening to resume enriching uranium towards weapons-grade level on 7 July if European allies fail to offer new terms for the nuclear deal, or US sanctions are not lifted.

Before boarding his plane at Tokyo’s Haneda airport, Abe acknowledged the challenges ahead. “There are concerns over rising tension in the Middle East region,” he said. “Japan wants to do as much as possible towards peace and stability in the region.”

In a sign that Abe hopes he can achieve a breakthrough in the US-Iran impasse, he spoke this week to Trump, the Israeli prime minister, Benjamin Netanyahu, and the crown princes of Saudi Arabia, , Mohammed bin Salman, and Abu Dhabi, Sheikh Mohammed bin Zayed Al Nahyan, all of whom are fierce critics of Tehran.

The danger is that the dispute could grow from a row over the terms of the nuclear deal into a wider struggle over Iran’s behaviour across the Middle East. The US special representative for Syria engagement, James Jeffrey, said on Tuesday that Iran’s presence in Syria was part of a “hegemonic quest to dominate the Middle East”.