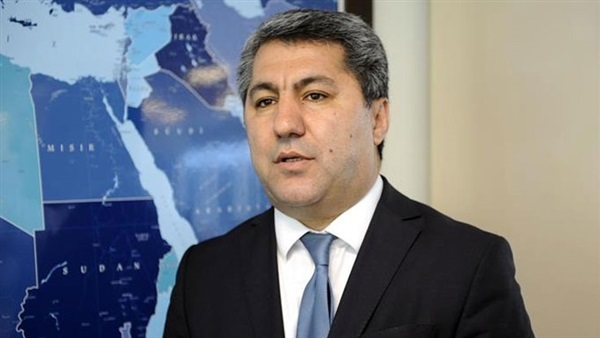 Muhiddin Kabiri, the head of the banned Islamic Renaissance Party of Tajikistan, was born in one of the villages of eastern Dushanbe, the capital of Tajikistan, in 1965.

He graduated from the College of Economics and then studied Arabic and obtained a PhD from the Diplomatic Academy in Russian capital Moscow in 1995.

The thesis of his PhD project was "Political Parties in Central Asia and National Reconciliation".

Kabiri joined the Muslim Brotherhood movement early on in his life by joining the Islamic Renaissance Party which followed the ideology of Brotherhood founder Hassan al-Banna.

He was promoted to a leadership position inside the party ahead of the civil war which erupted in 1992. He participated in the kidnap of government officials and breaking jail cells were the members of his party were imprisoned.

When the war came to an end, the government of Tajikistan allowed all political forces to participate in the country's political life. In 2006, Kabiri rose to the party's leadership. The party participated in the parliamentary elections in 2000, 2005 and 2010 before it was banned in 2015.

Before this, Kabiri sought to undermine the Tajik state, using the freedoms the government gave political parties. His party also established links with terrorist organizations and enemy states, including Iran.

The Renaissance Party turned into Iran's tool in wreaking havoc on the Tajik state. Hundreds of members of Tajikistan's Muslim Brotherhood fled to Tehran and even converted to Shiite Islam.

In March 2015, Tajik police detained seven members of Kabiri's family, including his father. In October of the same year, the authorities accused his son of offering financial support to terrorist groups in Tajikistan.

The Tajik intelligence accused Kabiri's son of offering $1.2 million in funding to the former Tajik deputy defense minister who tried to stage a coup a month earlier. The authorities said Kabiri's son did this at the orders of his father who was living outside Tajikistan at the time.

Kabiri enjoys strong relations with the Iranian regime. He is a regular guest of Islamic unity conferences in Tehran and other conferences sponsored by Iran in Arab and Islamic states.

The Iranian government posted a video recently in which Kabiri addressed the 24th Islamic Unity Conference in Tehran. In the video, he calls on Islamic countries to back Iranian policies in the region and in the world. He claimed that the Arab Spring revolutions had boosted Iran's regional and international standings.