Cut the plastic waste: supermarkets should lead the way 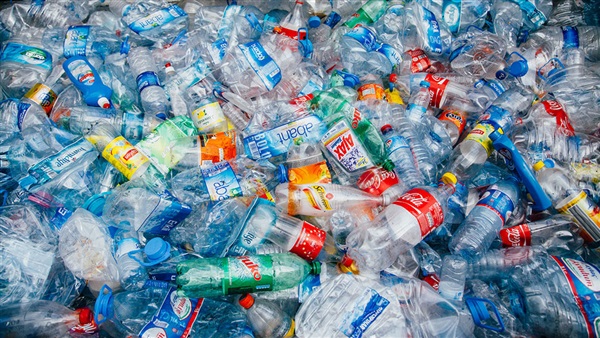 Last year Theresa May announced that by the year 2043 the government aimed to “eliminate all avoidable plastic waste”. It’s not soon enough. Over the past 12 months, the alarm bells have been ringing and the Blue Planet effect has got everyone’s attention.

People want to see urgent action on plastics from the government and big business, and they also want to know how to take action themselves. And so, in a new series on BBC One, Anita Rani and I look at what can be done, on both a micro and macro level, to save our planet from the plastic menace.

There are, of course, simple changes we can make. A few years ago in my War on Waste series I revealed that more than 2.5bn plastic-lined paper cups are clogging up our waste system every year because they can’t be recycled.

Now most major cafe chains including Starbucks, Pret a Manger and Caffè Nero offer discounts to customers who bring their own reusable “keep cups”. We may also be on the brink of the widespread use of properly recyclable disposable cups (though a keep cup is always the better option).

The first episode of War on Plastic with Hugh and Anita picks up where the last series left off as we look at the problem of plastic water bottles. Every year Britain goes through almost 8bn of these bottles and, despite the noise about single-use plastic, that number is increasing by 7% a year.

Like the keep cup, the refillable water bottle is a no-brainer for anyone who wants to do their bit in the war on plastics. (And if you want some extra motivation: a recent US study indicates that there are about 22 times more microplastic particles in a litre of bottled water – that’s 88,000 – than in average tap water.)

Eliminating single-use plastics in other parts of our lives is less straightforward. We challenged the residents on a street in Bristol to cut down on the amount of plastic they used. Some of them really pushed the boundaries of what we can do now, including shopping at refill shops, using soap shampoos instead of liquid ones in plastic bottles, and even swapping plastic toothbrushes for something made from wood or bamboo.

But what they all wanted most was simply to come home with less plastic when they did their regular supermarket shop. But the stores are not making that easy. Not only is loosely sold produce vastly outnumbered by that which is heavily wrapped in plastic, most of the naked stuff is considerably more expensive too. Supermarkets are charging us extra for the privilege of doing the right thing.

That has to change. The whole culture of plastic use has to change. And it has to recognise the true nature of this material – it is not only amazingly malleable and versatile. It’s durable too. That is its strength and it’s a strength we should play to. It makes no sense to use a material that lasts for hundreds of years just for a few days or weeks. That is the essence of single-use plastics. But if we repurpose plastic for durability and reuse, we immediately begin to solve the problem.

So who dares to be different? Which big businesses are stepping up? Earlier this week, Waitrose became the first major supermarket in the country to formally try out a package-free shopping experience. In its Oxford shop, customers are now able to fill their own containers – and reusable, returnable containers supplied in-house – with products ranging from fruit and veg, to wine and beer, to dry goods and cleaning products.

I visited Waitrose on day two of the launch – and it does look good. The messages on their feedback board were enthusiastic, bordering on ecstatic – yes, at last, thank God, give us more. Of course, it is a bit of a worry that Waitrose is the one supermarket that is beloved of the conscience-wracked middle classes. And this is just one out of 353 Waitroses, and one out of thousands of UK supermarkets. When will the rest step up?

Waitrose is not completely alone. Iceland has pledged to be plastic-free by 2023. It’s a bold and admirable target, quite deliberately shaving 20 years off the hopelessly distant date in the government’s plan. And Iceland looks serious about trying to achieve it, innovating with various plant-based wraps and containers that are already in their freezers.

There is a concern here, though. Plant-based packaging and compostables are mostly themselves being used as disposable wraps – which perpetuate the single-use culture. That won’t work in the long-term. Imagine if all the plastics in the supermarkets came from plants. Where exactly will we find the space to grow these plants which aren’t even going to feed us? That’s why “reduce through reuse” is the only viable mainstream solution.

Surely, now, most us are fed up with plastic, and fed up with being made to feel bad about the amount of plastics we are throwing in our bins. We must be ready to change our behaviour and adapt to a refill culture – and if we are, then we have the right to demand a rapid and radical packaging rethink that goes right through the retail sector.

No retailers are off the hook. But more than a third of the plastic in our lives comes from our supermarkets, so this is where most of us expect to see change. The brutal truth is that if the supermarkets are not ready to lead the charge to reduce the spill of plastics into the world, it’s hard to imagine large-scale change happening at all. So, Tesco, Sainsbury’s, Lidl, Aldi and the rest of you, what’s your plan? Your customers, everywhere, are waiting.