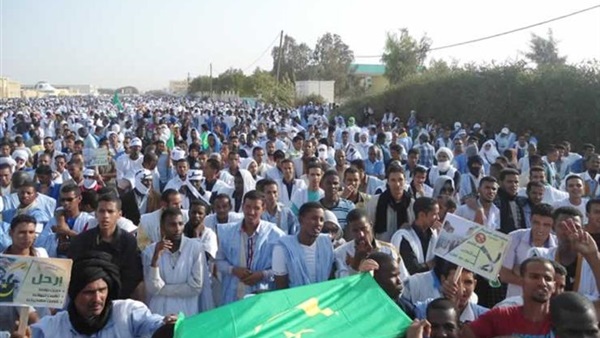 Mauritania witnessed new criticisms and cracks in the Brotherhood last week as the Mauritanian presidential election approaches. The Brotherhood’s crises in Mauritania have increased dramatically this week, revealing the splintering within the Tawassoul party (the Brotherhood in Maurtania) because of support for candidate Sidi Mohamed Ould Boubacar, who is supported by Qatar, against majority candidate Mohamed Ould El Ghazouani.

The scale of widespread conflicts and divisions among the leaders and the popular bases reveal a state of rift that will somehow lead to a total collapse of the Brotherhood. The organization’s support for former Prime Minister Sidi Mohamed Ould Boubacar is the cause of great schisms for the Mauritanian Brotherhood.

Dissident leaders and figures recently announced the formation of a new stream called Rashidun to support Ghazouani and the formation of a national political front that does not depend on external positions and agendas. This was in reference to the rejection of the policies of the Brotherhood linked to the agenda of the international organization, thus striking a blow to the terrorist organization, which has been faltering for several months due to the splits and the campaign to shut down funding institutions.

Attending the opening activity of the stream were majority candidate Ghazouani, figures from his office, the campaign manager, and the heads of parties and initiatives supporting him.

In a speech before hundreds of the stream’s fans, Omar al-Fath Ould Abdelkader, the coordinator of the movement, praised the achievements of the country under the current regime of President Mohamed Ould Abdel Aziz, noting that its title is "peaceful rotation of power."

The splits in the ranks of the Muslim Brotherhood continued last week, along with their joining majority candidate Ghazouani. The latest dissident was Abdo al-Khatat, a member of Tawassoul’s Shura Council from the eastern town of Oualata.

The coming period will see more splits and divisions within the National Rally for Reform and Development (Tawassoul) as the presidential election approaches, and it will also reveal further confusion within the Brotherhood organization.

The recent split of Brotherhood leaders mainly from the eastern region and their joining the majority candidate is the biggest blow to the political expansion plans initiated in these areas by the organization in recent years, as well as an electoral loss for the organization’s presidential candidate, Boubacar.

It will be more important to follow the leaders of Tawassoul in the coming period, especially since the party will try to block Ghazouani, the current defense minister, from winning the presidency, and they will work to disrupt the upcoming presidential election.