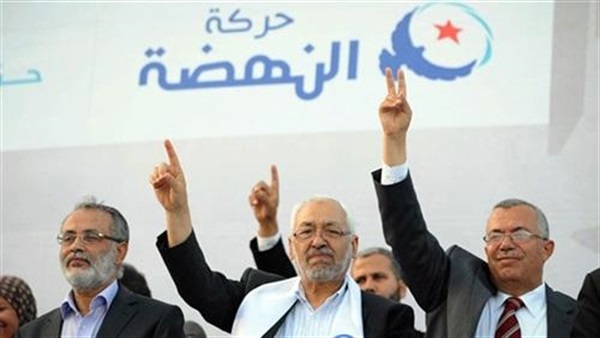 The Muslim Brotherhood’s Tunisian branch, Ennahda Movement, is facing a number of accusations ahead of the country’s legislative and presidential elections scheduled to be held by the end of the year.

The accusations are leveled at the movement one after another. Most recently, Ennahda Movement has been accused of setting up a secret organization at the Tunisian universities.

Ennahda Movement is seeking to have strongholds at the Tunisian educational institutions, luring students to protect the Brotherhood project in the future.

Tunisia’s High Authority for Elections has revealed that 80 percent of the newly million registered voters are aged18-35.

The newly registered voters oppose Ennahda Movement, which is seeking to overcome the domestic isolation in Tunisia.

The crisis erupted in April, when members of the General Tunisian Union of Students wanted to oust Ali al-Arid of Ennahda Movement and Abdel Hamid al-Jalasi, member of the Shura Council, from the Faculty of Arts, Manouba. The two Brotherhood officials were attending a seminar inside the university hall.

The students chanted “Khawangia out!”. However, Jalasi provoked the angry students refusing to leave, saying: “I will not leave”.

Following the incident, Ennahda Movement requested an investigation into the matter. However, the General Tunisian Union of Students has exposed a student branch affiliated with the secret organization of Ennahda Movement. The General Tunisian Union of Students linked the secret organization to a number of terrorist attacks in Tunisia.

The union said Ennahda Movement’s secret organization had duped a number of students in Sousse. It said the movement had taken advantage of their poverty, citing that some of them have psychological disorders. It said Ennahda’s objective is to realize the agenda of the Muslim Brotherhood.

The union has said it is being targeted by Ennahda’s secret organization.  Leaders of the student union are exposed to physical and emotional harm by the Ennahda Movement after the General Tunisian Union of Students revealed the secret organization of Ennahda in the Tunisian universities and was linked to a number of terrorist attacks in Tunisia.

The union said Minister of Higher Education and Scientific Research Salim Khalbous has deliberately targeted the quality of education via the disruption of lectures and depriving thousands of students of their right to pass their exams for the second year in a row.

Riyad Jarad, member of the General Tunisian Union of Students, said Ennahda’s student branch represents a parallel state of the Islamist party.  Jarad said he had evidence that proves the link between Ennahda’s students and the terrorist attacks in Tunisia.

The Brotherhood’s students should make sure of the personal characteristics of the newly recruited students.

In the third phase, known as the awakening of faith, the Brotherhood’s students focus on intimidation, showing how sins are bad and the blessings of obedience.

The fourth phase, known as the universality of Islam, stresses that Islam controls all aspects of life.

It is aimed at making the students follow up the news of Muslim Brotherhood worldwide.