3 candidates to take the helm of ISIS after al-Baghdadi 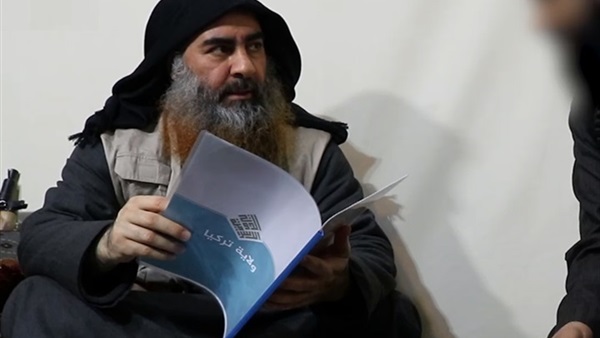 Islamic State leader Abu Bakr al-Baghdadi appeared fin a video released April 29 by the terrorist organization, which lost its strongholds in Syria and Iraq. He looked healthy with his beard dyed with henna.

Abu Bakr al-Baghdadi is the longest-serving leader of ISIS, aka Daesh, compared to his predecessors Abu Omar al-Baghdadi and Abu Musab al-Zarqawi.

The U.S. is offering a reward of up to $25 million for information leading to his location. The US and Iraqi endeavors indicated that he might be hiding in 4 locations, said Iraqi researcher Hisham al-Hashemi, who is close to the Iraqi security authorities.

Al-Hashemi said a taskforce formed to track al-Baghdadi in cooperation with the US had dismissed 13 possible locations out of 17 where he might be hiding. Al-Baghdadi may be hiding in in the Anbar desert, Wadi Hauran in Iraq, or in the Syrian desert of Homs.

The Atlantic said in a report that capturing or killing Baghdadi could prove counterproductive in the long run—for instance, if he is subject to a revenge killing that looks illegitimate to a large number of his followers, or if his death itself enhances his prestige as a martyr.

ISIS says it is a must that its leader should be descendent from the Quraysh tribe, according to a text in the book of Saheeh al-Bukhari.

ISIS members say Qardash, aka ‘the destroyer', is Quraysh-descendent.

Qardash was head of security in Syria and Iraq.

Haji Abdel Nasser al-Iraqi was the military leader of ISIS in the Levant state.

The Iraqi intelligence detained al-Iraqi along with 4 other ISIS eaders in a qualitative operation in Syria about a year ago.