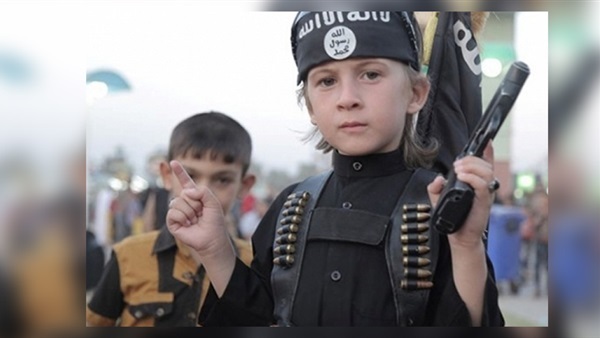 Before his death, ISIS spokesman Abu Mohamed al-Adnani expected his bloody organization to continue to live at the hands of its children who grew up at its training camps.

He said these youngsters would shoulder the responsibility of maintaining the war, even if ISIS crumbled.

Adnani was killed by an American airstrike in 2016. His organization was active in the recruitment of children. It was keen on producing the next generation of terrorists whom it called the "Children of the Caliphate".

True, ISIS had lost most of its strongholds in both Syria and Iraq. Nevertheless, the terrorist organization had left a dangerous heritage, namely thousands of children who continue to live inside refugee camps in the two countries. These children had received their education at ISIS schools.

ISIS succeeded in establishing some of these schools. It considered them an important pillar of its aspired Islamic society.

At the end of 2015, the terrorist organization launched its new education system. The new system did not include any music classes at all.

Basic education started at ISIS schools at the age of five. Pupils, it said, would study until they are 15. It separated boys from girls and imposed penalties on parents who failed to send their children to school.

ISIS could not find enough teachers to teach at all of its schools. This was why it depended on teachers who used to work for the Iraqi Ministry of Education. It, however, allowed them to teach at the schools only after they attended repentance sessions.

The organization made it necessary for school pupils to study English as of the fourth primary grade. The content of the school curricula mainly encouraged violence. The cover of one of the school textbooks had the photo of a child standing outside a mosque and carrying a machine gun.

The textbooks had no mention of Iraq or Syria at all. They substituted the names of the two countries with the "Islamic State". The books were also full of photos of Iraqi and Syrian homes destroyed by shelling by the Iraqi and Syrian armies.

The books, meanwhile, portrayed the presumed Islamic State as a utopia. ISIS distributed food and drinks to pupils. It used these children in combat inside Iraq and Syria after merging them into what it called the "Caliphate's Children's Camps".

Although ISIS lost control in Iraq and Syria, it continues to be active in Africa and Asia, depending on its teachings and the children it recruited in different countries, according to the site Defense Post.

ISIS Crippled in Syria, Will Lose Territory in 'Weeks'-US

Mine Left by ISIS Militants Kills 20 in Syria