Iraq warns of ‘danger of war’ as Iranian FM visits 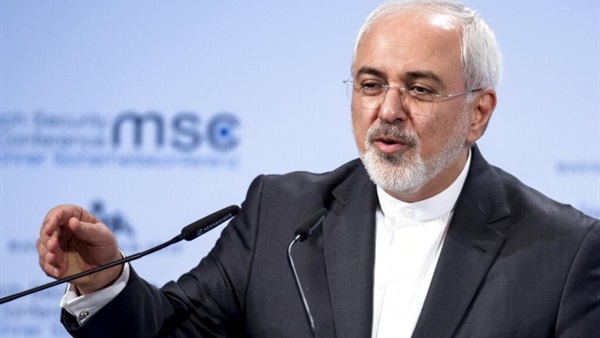 Iraqi leaders have warned of the risks of war during a visit by Iranian Foreign Minister Mohammad Javad Zarif, whose country is locked in a tense standoff with the United States.

Iraq's Freign Monister Mohamed al-Hakim said on Sunday that Baghdad rejects "unilateral" actions from the US, adding that Iraq will act as an intermediary between both sides.

Zarif’s visit to neighboring Iraq -- which is caught in the middle of its two allies the US and Iran -- follows a decision by Washington to deploy 1,500 additional troops to the Middle East.

Iraqi Prime Minister Adel Abdel Mahdi warned of the “danger of a war” during a meeting with Zarif on Saturday night, his office said.

Abdel Mahdi pleaded for the “stability of the region and the upholding of the nuclear deal,” it said, referring to a 2015 agreement between Tehran and major powers.

Iraqi President Barham Saleh discussed with Zarif “the need to prevent all war or escalation,” his office said.

On Saturday Zarif called the deployment of extra US troops to the region “very dangerous and a threat to international peace and security.”

It follows a US decision in early May to send an aircraft carrier strike force and B-52 bombers in a show of force against what Washington’s leaders believed was an imminent Iranian plan to attack US assets.

Washington says the latest reinforcements are in response to a “campaign” of recent attacks including a rocket launched into the Green Zone in Baghdad, explosive devices that damaged four tankers near the entrance to the Gulf, and drone strikes by Yemeni rebels on a key Saudi oil pipeline.

Iran has denied any involvement.