College Counselor: The students on their worst days 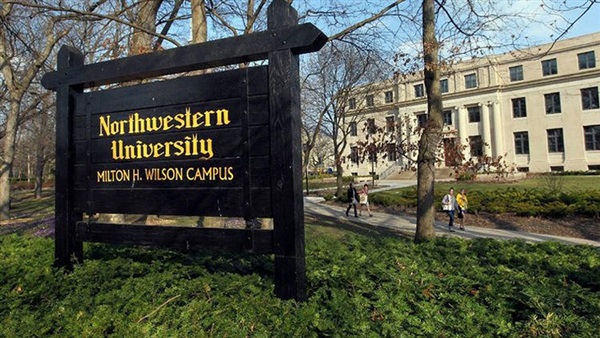 The freshman in my office had finally summoned the courage to seek help. He was depressed and not eating or sleeping well. Because he had fallen behind in his classes, he was in danger of failing. He acknowledged cutting himself and had contemplated suicide.

An accomplished student from a close-knit family, he sailed through high school and had been excited to attend Northwestern University, his father’s alma mater. Now, he was reluctant to tell his family about his problems for fear of disappointing and burdening them.

He is not alone: Colleges and universities are facing a mental health crisis. In the 20 years that I have worked as a psychiatrist at Northwestern’s Counseling and Psychological Services, the number of students seeking services and the severity of their concerns has increased, not only at our school, but across the nation.

This student’s situation created a dilemma familiar to everyone working in a college counseling center. In order to improve quickly, he needed intensive treatment, which college centers do not offer. Also, the best programs near campus were not covered by his insurance. Despite his reluctance, we needed to involve his parents, not just to support him, but also to figure out finances. Many health insurers cover quality mental health care at affordable cost only near the student’s home, not in other locations.

Data shows that from the 2009-10 school year to 2014-15, counseling center utilization grew five times faster than institutional enrollment growth in the United States. The Center for Collegiate Mental Health (CCMH), an organization of more than 550 college and university counseling centers, reports in its 2016 Annual Report a 28% rise in "rapid-access" hours per client since 2010. These are visits by students who come to counseling centers in crisis and cannot wait for an appointment.

About 1,100 college students die by suicide every year and suicides are even the second-leading cause of death for people 10 to 34 years old. According to the 2018 CCMH report, 35.8 percent of the students who present to counseling centers report that they seriously considered suicide before. And their 2017 report showed that depression and anxiety have steadily increased since 2013 among students seen at counseling centers.

These trends of increasing numbers, urgency and severity are likely to continue for the foreseeable future: The rate of adolescents reporting a major depressive episode in the last 12 months grew from 8.7% in 2005 to 11.3% in 2014. The rate of suicide for 10- to 19-year-olds increased by 56% between 2007 and 2016.

This trend is not confined to the United States: More than a dozen Canadian universities’ counseling centers have also experienced a surge of 35% on average in the demand for their services.

What's driving the demand? Some research suggests that the surge in use of electronic devices and social media is connected with an increase in depression and suicidality in adolescents.

Parenting styles, overscheduling children and the lack of free, unstructured play are also being blamed. Education and outreach trying to destigmatize mental health concerns and encouraging young people to get help might also have had an effect and thus led to an increased utilization of counseling services.

Counseling centers everywhere are trying to meet the demand — but can only stretch so far. Many universities have increased the number of counselors. At our center, for example, staff almost doubled since 2005.

Usually counseling centers can only offer certain services, including assessment, referral and brief counseling. However, as the academic year progresses, there might be a wait for non-urgent appointments and services. Students who need specialized or more intensive treatment will be referred off campus using their health insurance.

Many psychiatric disorders emerge for the first time in young adulthood, even in individuals who had no prior problems. The pressures of college life test the student’s resilience and ability to cope on his or her own. Yet many are reluctant to seek help, often because of concerns about stigma or cost.