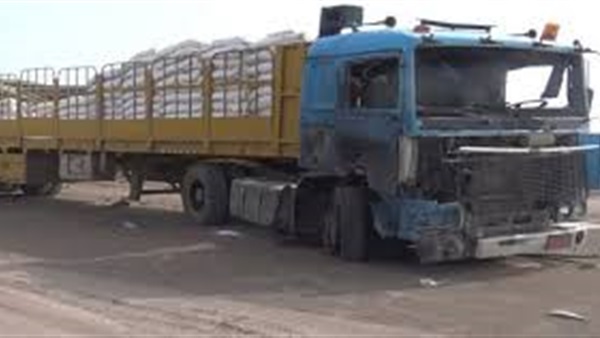 The Houthi militia continued to carry out its ongoing violations of the truce in the Yemeni province of Hodeidah. A commercial truck was destroyed in the Tahita district in southern Hodeidah, marking a new development in the strategy of the Iranian-backed militia, which is indiscriminately targeting residential neighborhoods in the province, causing civilian casualties, including children and women, as well as damaging homes and public property.

The militia targeted the truck that was carrying household items on a dirt road in Tahita, striking it with a mortar shell, which resulted in the destruction of the truck and seriously injured the driver.

Meanwhile, Yemeni Information Minister Muammar al-Iryani said that the Houthis have killed the hope of the Stockholm Agreement for the war-torn people of Yemen, stressing that the militia continued its Iranian-backed project and used the air force to target the Yemeni president's headquarters in Aden and invade the provinces one by one, which required intervention by the coalition countries led by Saudi Arabia.

During his meeting with British Labour MP Graham Jones, Iryani reviewed the government's vision and stance on unilateral withdrawals through which the Houthis tried to mislead the international community. He also stressed the government’s firm and permanent position that restores state institutions and ends the suffering of the Yemeni people.

Iryani explained that the international community is too lenient in dealing with the militia, the danger posed by the Houthis exceeding Yemen’s boundaries and threatening the region, the corridors of navigation, and international peace and security. What happened recently with the Houthis targeting oil pipelines and tankers is the best proof.

The minister pointed out the Houthis’ various violations since the signing of the Stockholm Agreement, including preventing the arrival of food aid to a number of provinces and disrupting food outflows in the Red Sea mills seven months ago, to the extent of targeting the mills with missiles and destrying part of the food stock. Meanwhile, the World Food Program has accused the militia of confiscating and stealing relief materials.

Iryani praised the role of the Saudi-led coalition to support legitimacy in Yemen and its continuous support for the process of restoring state institutions and ending the threat posed by the Houthis against Yemen's security. He stressed that the humanitarian situation would be worse without this support, which also includes humanitarian, educational, health and fuel aid, as well as supporting the country’s cash reserves in order to stop the deterioration of the currency.