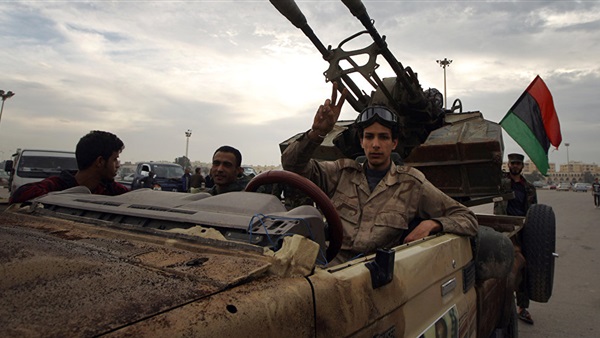 Once again, Daesh orchestrated an attack in the Libyan Jufra District.

According to a statement by the Libyan National Army (LNA), troops have managed to hunt down the terrorist cell and neutralize its elements.

Observers indicate that this attack, which is third of its kind since the LNA launched Operation Dignity in April to drive terrorist organizations out of Tripoli, aims at easing the pressure on militias in the capital.

The first attack took place in April in El-Foqaha town, central Libya, followed by a second attack in May in Sabha, an oasis city in southwestern Libya.

In his first appearance in five years, Daesh leader Abu Bakr al-Baghdadi congratulated militants in Libya for a deadly attack earlier this month on the southern desert town of Fuqaha, where they later retreated,

The terrorist organization is exploiting the army's preoccupation with the situation in western Libya to liberate Tripoli to move to southern cities that the army liberated since the beginning of the military operation.

Recent Daesh moves and activities indicates that the terrorist organization has put Libya on top of its priorities at the meantime, especially after losing its last enclave in Syria’s Baghouz.

Libyan army spokesman Ahmed al-Mesmari accused Turkey on several occasions of transferring Daesh and Al-Nusra Front members from Syria and Iraq to Libya as reinforcements to the terrorist militias.

In general, Islamists and their regional supporters in Turkey and Qatar are trying desperately to prevent the Libyan army from entering and taking control of Tripoli, which explains why Turkey dispatched heavy weapons to one of the terrorist factions on Saturday, breaking the decision to ban arms to Libya.

She further pointed out that the situation is becoming more difficult for the army in light of some countries’ support for extremists and terrorist organizations like Daesh.

Tripoli is the latest stronghold for terrorists in Libya. Losing control of Tripoli means losing all the efforts by the terrorist militias throughout the years of war.

The army has succeeded in controlling eastern, central and southern Libya, which means that it now controls about 80% of the country.