Ali and pilgrimages to the Brotherhood supreme guide's office 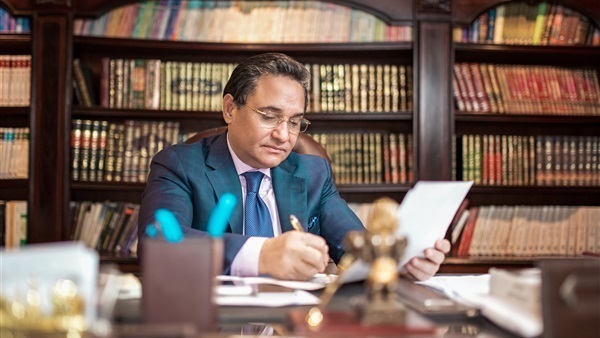 In the summer of 2006, the Muslim Brotherhood leadership tried to win over a number of journalists and media figures.

Acting on its behalf was the Media Committee of the organization. The committee launched a new campaign to neutralize the media. Called "Listen from us, not about us", the campaign sought to pacify organization detractors.

At this time, Abdul Rahim Ali conducted studies and researches that criticized the international organization of the Muslim Brotherhood. They lashed out at Muslim Brotherhood schemes to reach power. The Brotherhood leadership was very angry at the studies and researches, especially because they were published in a number of international newspapers. They contained valuable information that made them different from anything that was published about the Brotherhood in the media.

The Brotherhood realized early on that Ali is a journalist with vision and information. This was why it felt afraid of his work about its activities both inside Egypt and outside it.

The Brotherhood failed in winning Ali over. Unlike most journalists and media figures, Ali did not visit the office of the supreme guide of the Muslim Brotherhood in Cairo.

In the summer of 2009, journalist Dalia Abdul Rahim wrote a series of articles that disclosed new secrets about the entities affiliated to the international organization of the Muslim Brotherhood in the Arab region and Europe. She mentioned the names of some of the international leaders of the Brotherhood who were not known to be affiliated to the organization before that. The articles were published in the Arabic language weekly magazine, October.

This was when a friend of mine, the son of one of the leaders of the international organization of the Muslim Brotherhood, called me from the UK. He used to visit the office of the supreme guide of the Brotherhood in Cairo, even as he did not agree with the ideas of the organization.

This friend told me that the October magazine articles made the members of the office of the supreme guide of the Brotherhood very angry and that the office collected information about the journalist who wrote the articles. They wanted to know whether this journalist was related to Abdul Rahim Ali.

The leaders of the organization made sure that Dalia was none, but Ali's daughter and that the information she put in the articles had come out directly from his office.

My friend told me – in my capacity as the person responsible for political Islam as a news beat in the magazine – that the articles caused a big problem between the members of the supreme guide's office and the leaders of the international organization of the Muslim Brotherhood. He even told me that the office had already been blacklisted because it failed to control information published in the media about the Brotherhood in Egypt.

He also told me that the information Ali leaked in this regard raised the issue of the monopoly the Egyptian branch of the Muslim Brotherhood imposed on top posts inside the supreme guide's office. Some leaders of the international organization tried to use this to pull the carpet from under the feat of the supreme guide's office in Egypt by spreading information that this office was no longer under control. The same leaders tried to show that the members of the office of the supreme guide did nothing at all when an Egyptian journalist gained access to sensitive information about the organization.

The revelations made to me by my friend did not surprise me. A few days earlier, the same man talked to me about a number of reports I wrote for the same magazine about Brotherhood figures who managed to infiltrate police and the judiciary in Egypt. Titled, "Secret Files of the Brotherhood", the reports included an interview I conducted with Entissar Abdelmonem, the first Brotherhood renegade. The reports prompted senior Brotherhood figure Essam al-Erian to write an article in reaction to a newspaper affiliated to a political party that had understandings with the Muslim Brotherhood.

The Brotherhood shuddered at the prospect of Ali leaking more information about it, especially with the Brotherhood reaching understandings with the Hosni Mubarak regime then.

Mubarak's son and rumored successor, Gamal, had reportedly met Brotherhood senior figures Mahmud Ezzat and Khairat al-Shattir at a hotel on the outskirts of Cairo. Those meeting reportedly discussed potential support by the Brotherhood to a presidential bid by Gamal in return for allowing the Muslim Brotherhood to have its own political party.

The same source told me that the Brotherhood would never forget that Ali was the journalist who uncovered links between the organization and jihad camps in Afghanistan. Ali showed that the Brotherhood maintained those links with the camps through the Humanitarian Aid Committee at the Arab Medical Association which was headed by former senior Brotherhood figure Abdelmonem Abulfotouh. The Brotherhood controlled the committee for long through Abulfotouh and Ashraf Abdulghaffar, another Brotherhood figure. Both men contributed to founding the Mujahedin Services Office. The office offered services to those who went to Afghanistan from other countries to fight the Russian invaders. The same mujahedin founded al-Qaeda later.

In the second half of 2012, the Muslim Brotherhood was in a triumphant mood. It prepared to take revenge on the journalists and media figures who criticized it over the years in the past, including Ali of course.

Ali, on the other hand, was preparing to launch a huge media institution that would put Islamist movements at the center of its interests. He also prepared to launch a newspaper and a gate, namely al-Bawaba News and the Islamist Movements Portal, with the same interests.

The international organization of the Muslim Brotherhood cannot allow Ali to move his battle with it to an international stage, especially to the French capital Paris, with the establishment of the Center for Middle East Studies in Paris. The center focuses on dynamic Islam and the dangers Islamist movements pose to Western societies.

It is no surprise then that the leaders of the international organization of the Brotherhood will plan to take revenge on Ali by stopping him from uncovering their schemes in the West, especially after their regime fell down in Egypt and the Arab region.

The organization now finds a good chance to take revenge on Ali by inciting against him and accusing him of anti-Semitism. In this, it uses a notorious French journalist called Romain Caillet to act as its representative in a proxy war aiming at slandering Ali.

Caillet has started a campaign in which he accuses Ali of being "obsessed" with the "Zionist conspiracy theory". He maintains the campaign through a number of tweets.

A French site took these tweets and made them fodder for its content. The same content spread to other Zionist sites in France rapidly. Twenty-four hours later, the same tweets featured on the site of the Israeli newspaper Times of Israel.

The strange thing still is that most of the material published on all these sites was written in the same manner which proves that their publication was coordinate. This proves that Qatar joined hands with Israel in organizing this campaign.

Caillet's incitement was not a work done haphazardly. It was well calculated by Qatar.

Caillet converted to Islam in 1997 at the age of 20. Leaders inside an Islamic center in Paris controlled by the Muslim Brotherhood convinced him to convert to Islam. He admired the ideas of Sayyed Qotb, Hassan al-Banna and Abdullah Azzam. He joined a Salafist jihadist organization, before he joined Daesh and moved to Iraq, Syria and Libya to be part of the organization's camps in them.

In 2005, Caillet came to Egypt under the pretext of studying Arabic. He lived in a flat in Nasr City in Cairo. He lived with two other French radicals, including Fabien Clain who read out the audio in which Daesh claimed responsibility for staging the November 2015 attacks in Paris.

Caillet was questioned by the Anti-Terrorism Sub-Directorate, a division of the French judicial police, in 2008. He was released, but was put under police surveillance. Caillet was also included in a list of those holding jihadist ideas.

Caillet worked as an anti-terrorism advisor for the French BFMTV which is owned by the Israeli businessman Patrick Drahi. Nonetheless, he was fired in 2014, after the French newspaper Nouvel Observateur published information about his relationship with some Muslim Brotherhood and jihadist figures in France.

All this information shows that Qatar can easily start a dirty war against all those who work to uncover its financing of terrorist and takfiri groups as well as terrorist operations inside the Arab region and in European states. It does this in cooperation with the Zionist lobby.