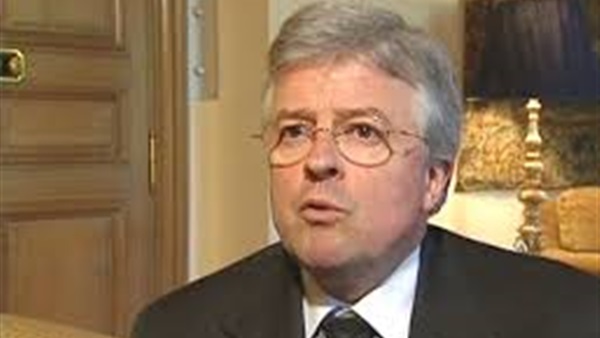 I have always viewed the July 14, 2015 deal between Iran and Western powers in connection with the Islamic Republic's nuclear program as a bad one. The deal was a byproduct of the naivety of former US President Barack Obama.

Obama believed he could rein in Iran and even neutralize it when it came to its pursuit to acquire a nuclear bomb. He mistakenly thought that he could turn this state into a factor for the stability of the Middle East region.

In doing this, Obama seemed to overlook the DNA of Iran's Ayatollahs, a regime that does nothing but lie and plan expansion. This expansionist strategy is manifest in Syria, Iraq and Yemen.

The desire of incumbent US President Donald Trump to obliterate the deal is no surprise then, even if Trump is always unpredictable. The US President deserves to take credit for discovering that Western states had been bamboozled by the Iranian regime.

Put into consideration, this can explain why France, Germany and the UK want to keep the deal. The three states want, in fact, to protect 20 billion Euros-worth of trade agreements they hammered out with Iran following the signing of the nuclear file deal. They also want to preserve other agreements worth tens of billions of Euros Iran signed with major European companies, such as Total; PSA; Renault, and Siemens, to mention but a few.

French President Emmanuel Macron and German Chancellor Angela Merkel cannot just understand that preserving trade ties with Iran would but give the kiss of life to the Iranian economy and keep the Iranian regime afloat. This will encourage the Islamic Republic to maintain support to terrorist organizations, such as Hezbollah in Lebanon, Hamas in Gaza and the Houthi militia in Yemen.

Iranian President Hassan Rouhani and Foreign Minister Mohammad Javad Zarif can be pragmatic. Nonetheless, like other members of the Iranian regime, they blackmail Europeans by threatening to resume their uranium enrichment activity if the Europeans do not ensure the continuity of the nuclear deal with Western powers.

Iran had never stopped work on its nuclear program – even if secretly – after it signed the deal with Western powers. It is no surprise then that International Atomic Energy Agency inspectors had filed a complained against the Iranian government for denying them entry into some important sites.

Today – and more than ever before – the Iranians work to polarize the Europeans and the Americans, getting support from their Russian and Chinese allies. They may succeed if Trump moves ahead with imposing sanctions on European companies that maintain business with Iran.

Macron will find it difficult to get the Iranians to approve an amendment of the nuclear deal like Trump wants. The Iranian regime has to suspend the nuclear program until after 2025 and accept the addition of new articles to the deal for suspending the launch of ballistic missiles and ending Iranian expansionist policies in the Middle East region.

The eruption of a new conflict in the region has become at an arm's length, especially after Israel struck Iranian targets in Syria. The Hebrew state, Saudi Arabia and other Arab Gulf states know well that the US will come to their aid. War will be imminent if Iran speeds up the enrichment of uranium or platinum.

A flare-up of aggressions will not serve Iran's interests. Trump also wants sanctions to be slapped on the Iranian regime to pave the road for its collapse.

This is an appropriate time for this to happen: the Iranian economy is on the verge of falling apart, the Iranian riyal has lost a third of its value to foreign currencies, and 80% of Iranians are fed up with the regime.

Tehran's bazaars, known to be the pulsating heart of the Iranian economy, which contributed to bringing down the Shah of Iran Mohammad Reza Pahlavi, do not want the Iranian regime any more. This is extremely significant.

Now, it is time the Iranian people decided whether it wants to participate in the making of history.