Islamic Group in Egypt and its transformations (3) 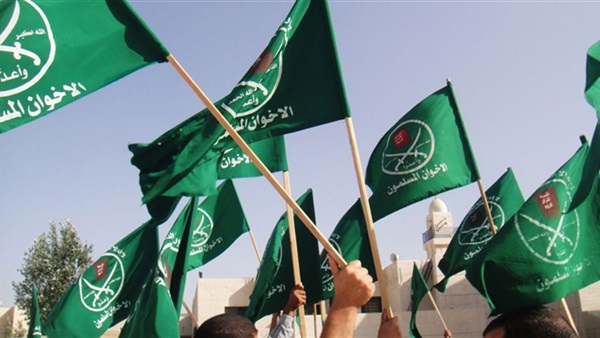 The Islamic Group was divided into four sections, the first of which comprised its leaders who divided themselves into two groups, the first one abroad and the second inside Egypt.

The discourse of the group of leaders living abroad was free from confrontation and violence. In this, they exploited their presence outside Egypt in the introduction of this discourse.

This group included Mamdouh Ali Yusuf, Islam Ghamri and others. The second part of the group consisted of those who published the pictures of the martyrs of the 1990s, who believe that the initiative to stop the old violence is only the diligence of their time. The third section consisted of people who still stuck to the initiative. They, however, did not have any influence.

This group of leaders did not play any role in the formulation of policies. They either had to obey the orders of other leaders or leave the group altogether.

The leaders of the group were keen on adopting contradictory positions all the time. They did this to maintain the present leadership scene unchanged, not to lose their historical status and to create an internal balance. They wanted to demonstrate that they made successes through democracy and by the majority opinion.

In this period, the statements of the group, including writing by al-Zomor, were included in the methods of absorbing blows and taking the breath away from the group and its leaders at home. This was done to show the group as if it is not in harmony with the Brotherhood, but to contain the dissident movements or even classify them as terrorists and to avoid assuming responsibility for the violence and explosions in the street.

Some leaders of the group felt that the opportunity at this stage - after January 25, 2011 - had become more favorable than ever before to settle old scores with the Mubarak regime security apparatus. This was why they announced the establishment of committees for the calculus in Upper Egypt.

Some members of the group felt that the opportunity was ripe for a presidential candidate. They announced their support for Safwat Hijazi's candidacy, before the Brotherhood decided to nominate Khairat al-Shater and then Mohamed Morsi.

While the Brotherhood practiced the exclusion of all their opponents, the Islamic Group became the most closely allied entity. It prepared the so-called the "Friday of Shariah" on Tahrir Square. It also participated in all gatherings and activities organized by the Brotherhood. Group leaders like Assem Abdel Maged staunchly defended the Brotherhood in the media.

The Islamic Group started acting soon after Morsi called for Jihad in Syria. Abdel Maged was the first to establish the so-called Front of Ansar to gather young people to travel there.

When the Brotherhood failed in ruling Egypt, al-Zomor was with Morsi at the presidential palace on almost a daily basis. His group was maneuvering to remain at the forefront of the media scene almost daily. When the Brotherhood felt compelled to leave the government, it decided to stage a sit-in on Rabaa al-Adawiya Square.

The leaders of the Islamic Group were at the front and on the podium of the sit-in. They continued to throw threatening words to the Egyptian army.

The political experiment of the Brotherhood and its allies failed. The group relinquished the political scene, refused to accept the results, and announced its accession to the so-called "Coalition for the Support of Legitimacy." The paths of confrontation and violence were opened wide, especially from the armed Takfiri organizations based in Sinai.

These groups started targeting state institutions. However, some of the group's leaders decided to escape, including al-Zomor, and Rafei Taha, who was later killed in Syria. Abdel Maged also turned tail. Once they were outside Egypt, they started to call for the so-called "Revolution and Legitimacy".

Before the downfall of the Muslim Brotherhood regime, the escape of its leaders outside Egypt, I met Rifai Taha, the strongman of the group and one of its founders and commander of its camps in Afghanistan. He told me that Sadat's assassination was only an attempt to establish the Islamic state through the revolution and the military coup.

The Islamic Group won 15 seats in parliament in 2012 and had concrete political presence, although it emerged exhausted from the prisons. There has been no change inside the group on the issue of party work.

Abdel Maged always insisted on the need to resort to violence and honestly expressed the group's coup on the initiative to stop the violence in the 1990s.

His group at home called for political solutions to crises and his words before his last conversion. He said he was skilled in chess.

"I do not have to embrace the option of jihad after its urgent preparation," he said.

Such a statement contradicts what the Islamic Group did three years after the fall of the Brotherhood's rule. The alliance of the so-called legitimacy was characterized by jihadist operations, exploiting the state of division among the Muslim Brotherhood and addressing the Gulf states in an effort to provide sources of funding for its elements.

Suddenly, after Abdel Maged left the so-called reviews, in 26 episodes posted on his personal Facebook page under the title "The nation is not the community", Abdel Maged spoke of the revisions. He said that all organizations put the nation before the group, making the nation the most important.

"I do not want to destroy the idea of collective action, even after the various groups failed in their multiple confrontations with the regimes," Abdel Maged said. "This decision is not our right, nor is it the right of all the leaders of the Islamic groups originally."

He said the groups are the property of the nation and those who paid the price of their construction were the sons of this nation.

"Therefore, the nation is its real owner and the groups and their leadership are part of the nation's property," he said.

These erroneous assumptions are concentrated in the subconscious mind of the most Islamist movements. This demonstrated itself in their declared and undeclared literature. The same assumptions have become entrenched in the souls of thousands of people.

The Islamic Group has lost most of its power, funding and the ability to mobilize the masses. It has returned to look for its old distinctive idea. Nonetheless, it insists that it is still pursuing the initiative to stop the violence.

The mutations of the initiative to stop the violence were not sufficient, and were largely tactical, because they overlooked important issues, namely, correcting the concept of atonement of the ruler and exiting it, the rulings of the home, etc.

This opened the door for the regression of the group once the revolution was tested. It is an attempt to appear, and its revisions are not an evolution of the traditional calculations of the historical leadership thought of organization, and evidence of its maturity.