Islamic Group in Egypt and its transformations 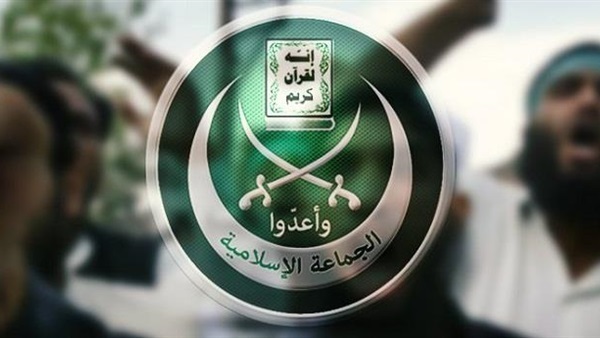 The Islamic Group continued to be an important organization as far as systematic militant violence was concerned since its founding in the 1970s and until its suspension of violence initiative in 1997.

The members of the group got their knowledge of Islamist violence from the same researches and books. This opened the door for the presence of intellectual unity inside the organization.

The Islamic Group strongly affected the Egyptian Islamic Jihad Organization which was commanded by Sayed Emam al-Sherif and Ayman al-Zawahiri. The same group also turned into an important term of reference for organizations outside Egypt, including the Militant Islamic Group in Algeria.

The Egyptian revolution was a seminal event in history. This revolution led to additional changes inside the Islamic Group. Some members of the group staged what was called a "soft coup" against the leaders who announced the revision, opening the door for the emergence of a new generation of hawks. These hawks collaborated with the Muslim Brotherhood, which created rifts inside it.

The Islamic Group believes that governments must be fought, even if they are Islamic. This was why the group attacked police stations and assassinated public figures. However, when it suspended violence in 1997, the Islamic Group raised questions about whether rulers who do not apply Islamic law should be excused.

In Afghanistan, Islamist leaders Rifae Taha and Talaat Yassin raised many questions as well. Taha hammered a deal with al-Zawahiri and Osama bin Laden to join the Front for Fighting Jews and Christians. He then pulled out of the front at the request of imprisoned leaders in Egypt, who had already decided to stop using violence.

The group was in a hurry to enter into violent conflict with the government. Although it declared that it was fighting to prevent injustice, the group fought to achieve other objectives.

In his book, Abdel Salam says it is necessary for individuals and groups to fight against their own rulers or community if they refuse to abide by Islamic law.

Abdel Salam also makes a distinction between what he calls the "far enemy" and the "near enemy". He says in his book that some people call for fighting for the liberation of Jerusalem.

Although this is necessary for every Muslim, Abdel Salam adds in the book, it is important for Muslims to determine the near enemy and the far enemy.

This book and the books written by Sayyed Qotb formed the ideology of the Islamic Group. This ideology was written in Tora Prison and in it the group justified all the actions it took.

Soon after its leaders were imprisoned, the Islamic Group produced a number of researchers on Islamic action, rulers, and confrontation.

In 1993, Nazih Nosehi, one of the leaders of the group, wanted to come under the spotlight by attempting the assassination of then prime minister Atef Sedki. Nosehi was killed only a month later.

Al-Zawahiri said sent Adel Siam to Egypt to replace Nosehi. Siam tried to assassinate the then minister of the interior. He staged several other attacks, but had to commit suicide at the end for fear of arrest.

The members of the Islamic Group believed that they would end up in heaven if they fail in achieving their goal and get killed.

The striking thing still was that the Islamic Group killed opponents only upon suspicion. In Minya, it killed people only because their identity cards said they worked for police.

The Islamic Group killed parliament speaker Abdel Salam al-Mahgoub on October 22, 1990. Ten group members were sentenced to prison, including Safwat Abdel Ghani. Abdel Ghani was placed at the al-Aqrab Prison. At the prison, he issued orders for killing noted philosopher Farag Fouda. Fouda was killed by two group members as he got out of his office in Nasr City.

A short time earlier, he was at the center of criticism by a group of scholars from al-Azhar. Fouda was part of a debate with al-Hodaibi and Sheikh Salah Abu Ismail. The debate reverberated everywhere in Egypt. It incited the members of the Islamic Group against him.

The group then started murdering policemen and army personnel as well as government officials. They attempted killing the Egyptian president more than 13 times, including one time in Ethiopian capital Addis Ababa. It also staged attacks against the tourism sector and the banks.

The thinking of the members of the group underwent significant alterations inside General Jail in Minya. Derbala himself talked about these alterations. He said they covered important issues, including relations between the group and rulers, Islamic action and jihad.

Debates between the members of the group in the prisons also covered issues they had never discussed in the past.

A seminar was held on the group's initiative for suspending violence at the prison in the New Valley. Discussions on the issues raised during the seminar lasted for ten months. They moved from prison to prison with the aim of involving all the jailed members of the group across Egypt.

In the aforementioned seminar, Karam Zohdi, one of the leaders of the group, said the Islamic Group was mistaken.

Sheikh Nageh Ibrahim, another leader of the group, said his group launched the violence suspension initiative with the aim of preventing the killing of Egyptians.

Nonetheless, the leaders of the group expressed some reservations against some man-made laws that do not go hand in hand with Islamic laws. They also underscored the importance of the presence of links between the legislative assemblies and the need for applying these Islamic laws.

The leaders of the group also opposed attempts to put an end to jihad. They, however, added that this jihad had to be regulated by specific rules.

The Islamic Group then wrote four books and forced all its members to attend seminars on these books.

Turning against the revision

Following the January 25 revolution of 2011, the Islamic Group had to operate in a changing environment. This was why it had to introduce changes to its own methods, including to its own discourse.

The group posted a statement during the revolution on its site that was supervised by Ibrahim. It called on demonstrators to have mercy on then-president Hosni Mubarak. Soon after the revolution, the hawks of the group planned a coup against Zohdi and Ibrahim as well as other historical figures of the group.

Zohdi and like-minded Islamic Group members succeeded in staying away from violence and changing the culture of their organization. They introduced a new discourse, one that does not favor war against the government.