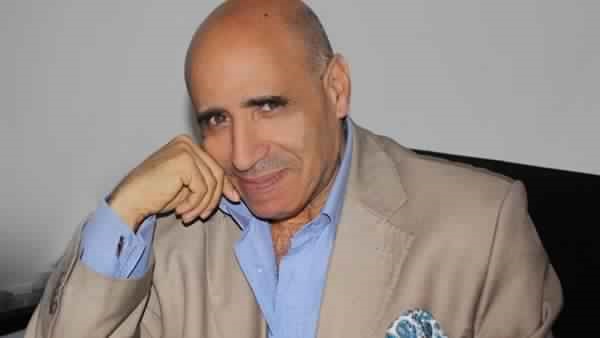 The British-American- Israeli   orientalist, Bernard Lewis, passed away at the age of 101. He spent his years studying in the East's languages, its religions, its old and modern problems, Lewis left behind every lecture, book or essay a great controversy.

It was in 1982 when I was a researcher  in Sorbonne when the French controversial orientalist, Maxim Rodenson, invited me in his home with the late novelist Tawfiq El-Hakeem whose articles "dialogues with God" in el-Ahram newspaper caused a stir at that time, and Jean Lacotour, who issued the biography of the former French Jewish socialist prime minister Pierre Mendes France (who was married to one of the daughters of the owner of the famous Chicoril shop in Alexandria) and it also caused a great stir.

The reason for the invitation and the visit was the output of the French translation of Bernard Lewis's book on the sect of the Hashashin and their role in Islamic history with an introduction for Maxim Rodenson.

Bernard Lewis was happy with the presence of Hakim and my presence, but he didn't like the Nasserite orientation at Lacotor. He told us literally that "Nasserite Arab nationalism is not as secular as you think it is, it is the face of Rifai Tahtawi wearing a military uniform "

"The Arab nationalism is a masked Islamic movement and the Arab military is religious and their hostile to Israel is  a religious hostility against the Jews," Lewis said.

We argued a lot and Lacotor got angry,  Maxim Rodenson invited me to continue the conversation and clarify his situation towards the Arab-Israeli conflict.

Lewis was fluent in ancient Semitic languages ​​(Arabic, Hebrew, Aramaic, Turkish and Persian), as if the knowledge of the ancient East had been found to be used to prove preconceived theories rooted in his subconscious, not necessarily about Islam but certainly about Muslims.

Bernard Lewis believed that the Muslims had knocked the wrong door in the modern era because of Rifai Tahtawi (he saw that Tahtawi failed to understand the West, he did not visit one hospital or scientific research center and he spent his life in Paris in an attempt to reconcile the old sciences of Al-Azhar and the manifestations of modern Paris).

He loved Paris, where he lived and studied in 1936 and 1937, and he believed that the French Orientalism was old and that the spirit of Sylvester de Sassi, who refused Bonaparte's invitation to go to Egypt, is deeply rooted in him.

From Paris to Cairo, where he lived for the next two years, Egyptian authorities knew that the man was working for British intelligence and was sympathetic to Jewish immigration to Palestine.

Actually, the writings of the man turned into a constant critique of the Jewish situation in Islamic history in general and then defending the establishment of Israel and then entering into a strong friendship with an Israeli-American youth who would play an important role in Middle East politics, called Benjamin Netanyahu.

We must not forget that it was Bernard Lewis who carved the term "clash of civilizations" decades before Huntington, specifically in 1957 after the Suez War, and that he has theories of dividing the Arab world into states ruled by Islamists, all of whom are in charge of interpreting it.

His understanding of the Qur'anic text "Their judgment of the Qur'an is different," otherwise, Islam would invade Europe either from within or through Turkey (his rejection of the Armenian massacres by the Turks was his most serious problem with the French intellectuals).

Bernard Lewis passed away and we have to know the secret behind his influence on the political decision-maker in the West in general and the United States in particular.

We have to study his books scientifically and devoid any ideologies in order not to fall into the same precedent as Bernard Lewis himself.