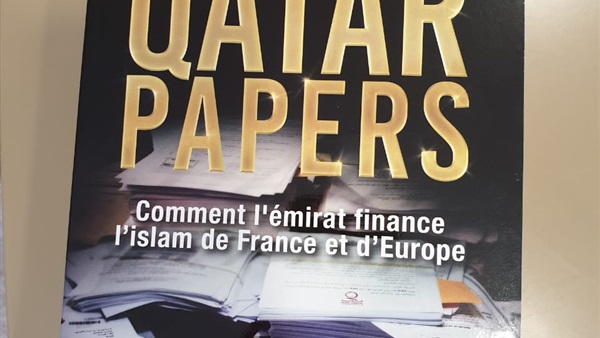 Exclusive from Paris to “The Reference”

·       The book reveals how Qatar finances Tariq Ramadan, the grandson of Hasan al-Banna.

The French and European libraries have published a new book entitled “Qatar Papers” written by the French journalists Christian Chesnot and Georges Malbrunot.

The two journalists Christian Chesnot (France Inter) and Georges Malbrunot (Le Figaro) have got their hands on the detailed accounts of a Qatari NGO, Qatar Charity, whose mission is to help Muslim communities on Europe.

Their book, "Qatar Papers", which is teeming with accounting documents, lists countless projects on French soil (mosques, schools, associations, etc.) directly financed by this NGO linked to the Emir.

The book finally reveals the emoluments of Tariq Ramadan. According to Chesnot and Malbrunot, the Islamologist received as much as 35,000 euros a month from the Qatar Foundation as a consultant. And in early 2018, Tariq Ramadan had also received 19,000 euros from the League of Muslims in Switzerland, while he was going to be indicted and incarcerated for ten months.

It’s worth to mention that Ramadan has been accused in a number of rape cases.

Many secrets are revealed for the first time in this new book published by Michelle Lafon publishing house, which presents the summary of a field investigation conducted in six European cities and more than 12 cities in France.

The book also reveals the language of the dual discourse that takes place in centers and schools funded by this suspicious organization where most of these associations and organizations.

The book highlights the scenes of what is going on in this suspicious society, which enjoys great funding and the great potential provided by Qatar, especially that it includes members of Al Thani family, which rule Qatar.

This book comes at a crucial moment in which external interference is revealed to influence Islam in France The time when French President Emmanuel Macaron is trying to reorganize his papers and institutions.