UN contacts with Egypt to deescalate confrontation between Gaza, Israel 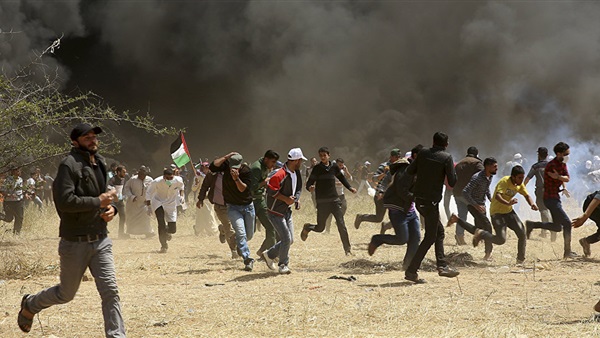 UN Special Coordinator for the Middle East Peace Process Nickolay Mladenov announced that the organization is conducting “intensive” contact with Egypt to deescalate the confrontation between Gaza Strip and Israel.

He announced his rejection to the escalation saying in his official Twitter account “Today's firing of a rocket from Gaza towards #Israel, which hit a house north of Tel Aviv and injured seven people, is absolutely unacceptable. This is an extremely serious incident! UN is working intensely with Egypt and all sides but situation remains VERY tense.”

Early Monday, Israel announced a long-range rocket was fired from Gaza on southern Tel Aviv, wounding six Israeli people. The rocket was launched few minutes after Israeli put on air raid sirens and accused Hamas of launching a rocket from the strip, Reuters reported. Israeli troops were deployed along the border between Gaza and Israel.

Palestinian President Mahmoud Abbas and the leaders of the Palestinian Liberation Organization (PLO) voiced their concerns over the latest escalation, despite the efforts Egypt are exerting to deescalate the situation, said the PLO Executive Committee in a statement on Monday.

Israeli Prime Minister Benjamin Netanyahu aims to exploit the latest developments in his favor amid the upcoming Israeli election due in April, the statement added.