Political analyst: Reining in Iran's is good for Arabs 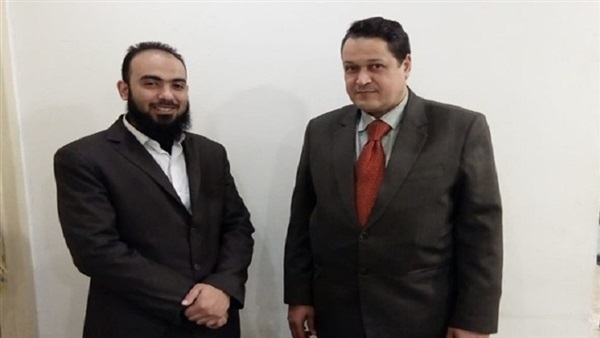 In an interview with THE REFERENCE, political analyst and expert on Iranian affairs, Mohamed El-Shaier, stressed the following:

- No correlation between US sanctions and Iranian interference in the Arab world.

- Israel seeks to exploit the Arab fears of the Iran.

- The Syrian situation is different from other cases such as Iraq, Lebanon and Yemen.

- Reining in Iran is good for Arabs.

El-Shaier touched on the Arab regional scene in light of Iran’s attempts to interfere in the Arab region. He also cast light on the impact of recent US sanctions on Iran’s schemes as well as the mullah regime’s plans to boost its influence in some Arab countries.

Answering a question if the recent US sanctions on Iran will be the beginning of the end of Iran's recent expansions in the Arab world, El-Shaier has made clear that there’s no such thing as Iranian expansion in the Arab countries.

“We can call it Iranian interference in Arab affairs. That could be political interventions or military support to its allies in the Arab region, such as the Houthi militias in Yemen and Hezbollah in Lebanon,” he said.

As for Shiite militias in the Arab world, the political analyst said that Syria is a special case, citing that the Iranian Revolutionary Guards have troops there.

“There are Shiite mercenaries from Pakistan, Afghanistan, Lebanon and Syria itself,” he said.

As for Trump’s success in forcing the Tehran regime to go back to the negotiation table, and how that would positively impact Arabs, El-Shaier said Iran's missile program will be scaled down.

“Iran considers the program a matter of life or death. However, I dismiss that would rein in Iran's ambitions in the missile program,” he said.

Regarding the war in Yemen, El-Shaier thinks that the conflict will continue for long as the situation is difficult to be resolved soon. He ascribed that to a number of factors: political, military and internal.

“The nature of the Yemeni tribes is part of the problem. Some of them backed former president Ali Abdullah Saleh, but then turned against him after he had allied with the Houthi militias.

As for Iranian protests, El-Shaier doubted that the mullah regime would collapse in the wake of such demonstrations.

“It is unlikely that these demonstrations will topple the regime there. In Iran, there’s a special hierarchy of authority. Each authority has a higher authority over it. It is a complex network that makes it difficult to easily fall,” he said.

“Moreover, the Iranian Revolutionary Guard has all the power in the country, and can crush any opposition movement”.

As for the Iranian opposition abroad, such as the People's Mujahideen, El-Shaier said Its influence on the ground has shrunk significantly since it moved abroad. Demonstrations may increase the Iranian regime's problems. However, the protests won’t topple it.

Answering a question on the resistance organizations, which represent minorities in Iran, the political analyst argued that these minorities are “radically different”.

“There is no common ground that brings them together due to the so many differences among them. For instance, there are geographical, cultural, sectarian and intellectual differences,” he added.