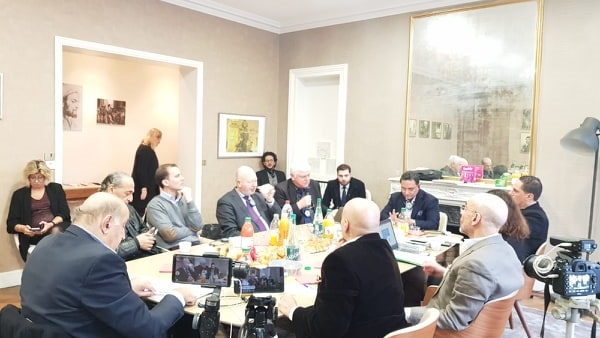 Member of the House of Deputies, the Chairman of the Center for Middle East Studies in Paris and the Board Chairman of al-Bawaba News Abdel Rahim Ali revealed Wednesday that he conducted an interview with the supreme guide of the Muslim Brotherhood years ago.

Ali said he asked the Brotherhood leader about his views about Western countries.

"He asked me to turn off my cassette recorder," Ali said of the Brotherhood supreme guide. "They are a bunch of infidels," he quoted the man as telling him.

However, when the recorder was turned on again, the Brotherhood supreme guide said Westerners were brothers of the Muslim Brotherhood.

Ali added at a seminar on human rights in French capital Paris that the Brotherhood is a movement that has two faces.

Speaking at the seminar – apart from Ali – was General Robert Pryce, the former commander of French troops in Yugoslavia, the former director of the Anfalid military museum, and the current president of the Napoleon Foundation.

Gilbert Sinuet, a French journalist and writer who accompanied French President Emmanuel Macaron during his latest visit to Egypt, also spoke at the seminar, along with Roland Lombardi from the French National Institute for Studies and Research of the Islamic and Arab Worlds.