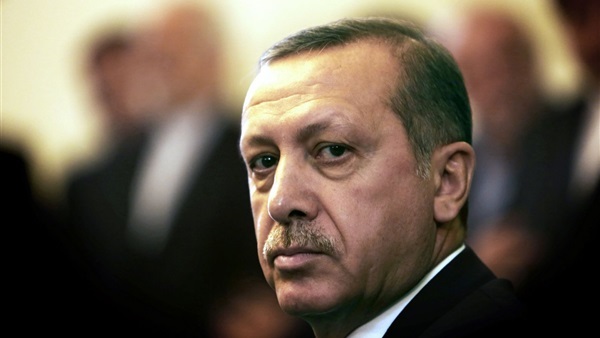 The deportation by Turkish authorities of Muslim Brotherhood operative Mohamed Abdel Hafiz, who was sentenced to death in absentia in Egypt for his involvement in the assassination of public prosecutor Hesham Barakat, raises a number of questions on the future of relations between Turkey and the Muslim Brotherhood.

The Brotherhood, which was founded in 1928, shares Ankara's regional views. Turkey helped the Brotherhood reach power in a number of Arab states within what came to be known as the Arab Spring in its desire to control decision-making in these states.

Between pragmatism and amity

Turkey adopts a pragmatic approach in its relations with other countries and movements around the world. This opens the door wide for speculation on whether Turkey will stop backing the Muslim Brotherhood in the future.

There is a widely-held belief that the movement has become Turkey's tool in moving ahead with the implementation of its colonial plans. It uses the Brotherhood in mobilizing the public for these plans.

Turkish authorities have dealt very seriously with the issue of the deportation of the Brotherhood operative.

Yasin Aktay, an advisor of Turkish President Recep Tayyip Erdogan, justified the deportation of the Brotherhood operative by saying that he had arrived in Istanbul from Mogadishu with an inappropriate visa.

"This was why he was repatriated," Aktay said of Mohamed Abdel Hafiz.

He said an inquiry had already been opened in the deportation of Abdel Hafiz who did not apply for political asylum in Turkey. He added that Turkish officials did not know that he was sentenced to death in absentia in Egypt.

Visa Section officials at the Istanbul Ataturk Airport said Abdel Hafiz did not meet entry requirements, which was why he was repatriated to where he came from, namely the Somali capital.

However, Abdel Hafiz refused to go back to Mogadishu and wanted to return to Egypt, the officials said.

They added that they had not received any requests for suspending the deportation of the Brotherhood operative while he was at the airport. Consequently, his deportation process moved ahead, they said.

Nevertheless, a Turkish newspaper claimed that Abdel Hafiz arrived in Istanbul on January 16 and was deported two days later, even as he lodged an asylum request.

This was the first time Turkey had handed over a Brotherhood element to Egypt, the newspaper said.

Turkish authorities came under fire from Brotherhood junior members living in Turkey. The authorities, they said, did not intervene to prevent the deportation of Abdel Hafiz. Brotherhood operative Haitham Abu Khalil said this was unprecedented in Turkey's relations with the Brotherhood.

The Brotherhood junior members also launched a number of campaigns to slam Abdel Hafiz's deportation, accusing the Turkish government of willingly failing in preventing this deportation.

It is reasonable to say that Turkey is reordering its priorities, which opens the door for changes in its relations with the Muslim Brotherhood.

This is particularly true with the Brotherhood becoming a regional pariah group.

The change can be attributed to recent alterations in relations between Turkey and main regional players, namely Russia and Syria, especially when it comes to expected Turkish moves in Idlib.

Turkey's support of terrorist groups, including the Brotherhood, fueled tensions in its relations with Arab states. This is why it is highly likely that Ankara can stop backing the Brotherhood in order to protect its regional interests.