Erdogan and the Muslim Brotherhood, the brotherhood in the face of a storm 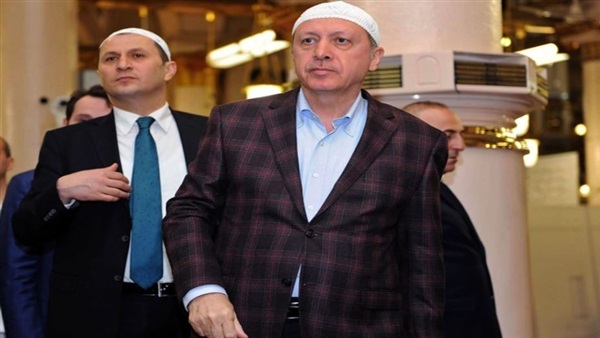 Who knows Turkish President Recep Tayyip Erdogan realizes that he is a moody and pragmatic man who went through many transitions, from the era of Necmettin Erbakan and the foundation of the Justice and Development Party to taking advantage of Fethullah Gülen and making alliance with the Muslim Brotherhood while adopting its project.

Erdogan realized that he could work in with the U.S. vision and take the most advantage of it.

Turkey was nominated to lead an anti-terrorism project by the U.S. Bureau of Policy Planning that would merge Islamists into Liberal regimes.

Erdogan tried to apply this project, embraced the Muslim Brotherhood, and tried to provide support to all political Islam groups, however, the extremism adopted by these organizations recoiled on the Turkish interior, and negatively affected the Turkish economy and both internal and foreign policies.

In an attempt by Erdogan to amend the relation with Israel, especially after the United States announced withdrawal from Syria, he shifted his stance again, as he abandoned his comrades at the Justice and Development Party, disavowed his agreements with the Kurdistan Workers' Party (PKK), betrayed his ally, Gülen, gave up on Erbakan, and it is easy for him to sacrifice the Muslim Brotherhood as well.

The Muslim Brotherhood felt threatened, as they realized the quick regional developments, and the stability of the political system in Egypt, and the Turkish desire of the disappearance of extremist groups, and the abandonment of a country with the size of Egypt, especially with the conflict over gas resources in the Middle East, and how Egypt scored a goal in this field, according to Egyptian President Abdel Fatah al-Sisi.

Thus, the Brotherhood drew a plan that intended to actively contribute in supporting the Islamization of Turkey and turning it into an Ottoman Sultanate, and to support Erdogan in this direction, until the matter becomes maximal that it is not about Erdogan anymore, then, they will be at the heart of this project.

The second part of the plan is to attempt integration into the Justice and Development Party until they become the religious reference, which would preserve the Brotherhood’s ability to remain for a longer period of time.

The third part of the Brotherhood’s plan is to get rid of whoever harms or jeopardize their project in Turkey. And finally to make an alternative station in case the aforementioned three parts of the plan failed, this station is of course Malaysia, as its Prime Minister Ahmad Zahid Hamidi said in press remarks that his country is the lifebuoy for the Muslim Brotherhood, as he does not mind transferring them to the capital Kuala Lumpur.

An article published by the Saudi daily Okaz on Sept. 8, 2017 that reliable sources revealed instructions by the Muslim Brotherhood for its members to leave the UK and Turkey towards Britain and Malaysia.

So, as matters reached a dead-end, Erdogan started a new stage of transition, as he wanted to amend the relation with Tel Aviv and make a secret agreement with the United States to claim a safe-zone in eastern Syria.