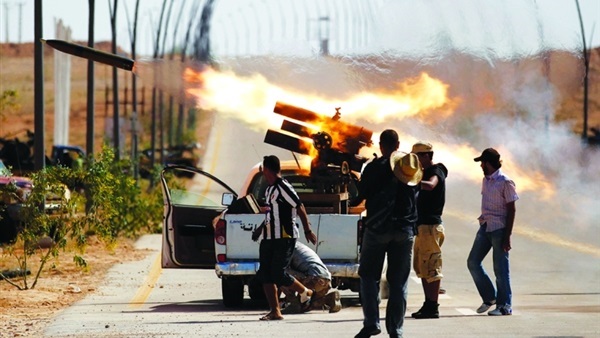 After years of destruction in Libya as Qatari-funded terrorism continued in the North African country, a number of Libyan lawyers said they would go to the International Criminal Court (ICC), accusing Doha of financing armed militias in Libya, especially the Muslim Brotherhood.

The Qatarleaks website said some 100 lawyers are working on documents necessary for pressing charges against Doha at the ICC for supplying militants with weapons to foster instability in Libya.

The Qatarleaks report said the lawyers gathered evidence that Doha supplied arms, which we shipped in food aid vehicles. The report said that Qatar started to send money and weapons after the killing of Libyan leader Muammar Gaddafi via a branch of the Muslim Brotherhood in Tunisia for facilitating the arms supplies.

Moreover, the lawyers are trying to prove that Qatar had sent 10 shipments of anti-aircraft missiles, communication devices to terrorist groups and the Muslim Brotherhood.

The documents which will be sent to the ICC show that Brotherhood members in Libya, led by Ali al-Salabi, facilitated the arms shipments.