Return to the Shadows: The Muslim Brotherhood and An-Nahda since the Arab Spring 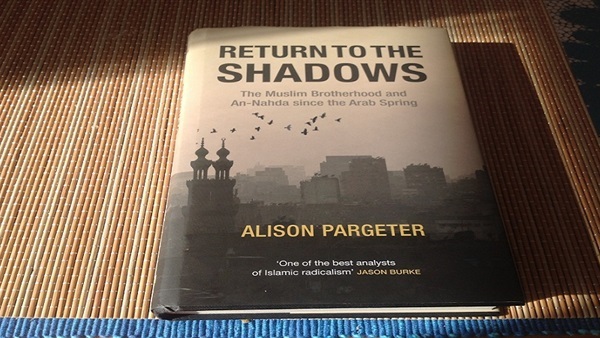 Over the last five years the Muslim Brotherhood in Egypt, Libya and Tunisia has undergone dramatic vicissitudes that will shape the future of political Islam not just in those three countries but well beyond. Alison Pargeter retraces these developments with a masterful analysis enriched by access to excellent primary sources.’

The Arab Spring heralded a profound shift in the Middle East, bringing to power Islamist movements which had previously been operating in the shadows. The Muslim Brotherhood stormed to victory in Egypt and emerged as a key player in Libya’s nascent political arena. Meanwhile, An-Nahda found itself catapulted into power as the head of Tunisia’s coalition government. For a while, it looked as though the region was entering the dawn of a new Islamist age.

But navigating their respective countries through difficult and painful transitions ultimately proved too challenging for these forces, and, just as suddenly, the Brotherhood was dramatically overthrown in Egypt and left severely weakened in Libya. In Tunisia, An-Nahda managed to pull itself through the crisis, but its failure to articulate and deliver the hopes and aspirations of a large section of Tunisian society damaged its credibility.

In this authoritative account, Alison Pargeter expertly charts the Islamists’ ascent and subsequent fall from power. Based on extensive research and interviews with high ranking members of the Brotherhood and An-Nahda, Pargeter offers a comparative analysis of the movement in North Africa since the Arab Spring, and outlines the consequences of the Brotherhood’s decline on both the region and the wider Islamist political project.

‘Alison Pargeter’s outstanding book offers a devastating portrait of Muslim Brotherhood groups in Egypt, Tunisia, and Libya. For those in Western policy and academic circles who continue to tout the Brotherhood as a moderate or mainstream Islamist movement, Pargeter’s portrait of the organisation’s vacuousness and insularity is an important reality check.’

‘This book addresses one of the great conundrums of the Arab Awakening: the failure of moderate political Islam, particularly in North Africa. It is a highly timely analysis of the challenges that political realities offer to moralistic ideals, demonstrating that a purely religious vision of political and social order is probably condemned to irrelevance in the future. It offers us an excellent insight into one of the most acute crises that faces the Islamic world today.’