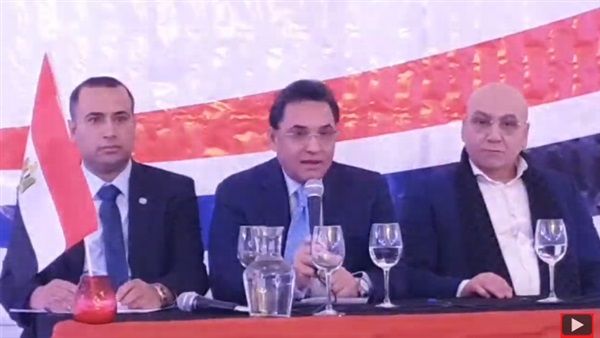 He also affirmed that the terrorism in Sinai has been eliminated despite the huge funding that some countries are financing.

He added at a seminar in Dutch capital, Amsterdam, that That Sinai today is 90% clean of terrorism, pointing out that if we make comparisons in previous years to today we will find that the rate of terrorism in decline, stressing that the whole world gathered to fight terrorism and by the end of 2019 we will get rid of this nightmare.

Ali is in Amsterdam at an invitation by the Supreme Council of the Egyptian Community in Holland. He speak at the seminar about a wide range of issues, including the terrorist threat on Europe, the conditions of the Copts in Egypt and also the status of the Muslim Brotherhood in the country and outside it.