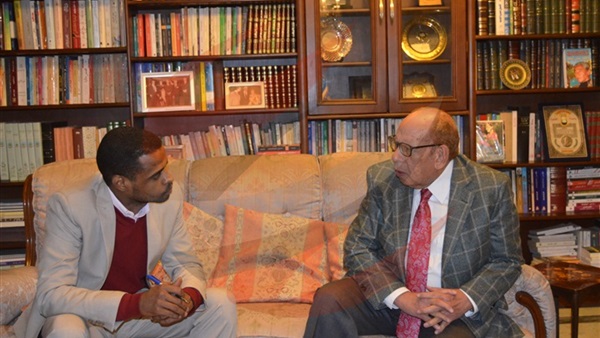 Salah Fadl, a professor of literary criticism and comparative literature at the School of Arts, Ain Shams University, bears witness to the bloody history of the Muslim Brotherhood group which was founded in 1928.

He was born to a family, most of whose members were graduates of al-Azhar. Like many Egyptians, the family members were bamboozled into believing the Muslim Brotherhood's illusory rhetoric.

His grandfather and his uncles formed a Brotherhood cell at their family home in the Shabas al-Shohada'a Village in the coastal province of Kafr al-Sheikh. However, the family had quickly set Brotherhood documents on fire. It also renounced Brotherhood ideas, having discovered the illusory nature of these ideas.

This gave Fadl belief that the misuse of religion always ends up in fire.

Fadl was born in 1938. He is the Arab world's pioneer of modernization in literary criticism. This is why his colleagues and specialists in the field call him the "Sheikh of literary critics".

In this interview with al-Marjie, Fadl reveals many of the secrets of the 1940s. He dwells on plans by the Brotherhood to undermine Egypt and weaken it. The Brotherhood, he said, used religion to reach power. He noted that the late president Gamal Abdel Nasser (1918 – 1970) was a member of the Brotherhood. He participated, he said, with other Brotherhood members in burying and hiding firearms so that they could use them in their armed struggle later on.

Fadl talks in the interview also about the Salafist Group, whose members he describes as "Devils' Heads". He views them as more radical than the Brotherhood. Fadl even described the Salafists as "foreign agents" bent on tarnishing Egypt's image.

This literary critic, who won the Nile Award for Literary Innovation in 2018, also talks about the Brotherhood's conduct following the 2011 uprising in Egypt. They drafted, he said, a despotic constitution that was not liked by any of the Egyptians. He added that the Brotherhood suppressed freedoms and did away with all chances for establishing a democratic rule in Egypt.

In the first of a four-part interview, Fadl also reveals many secrets. 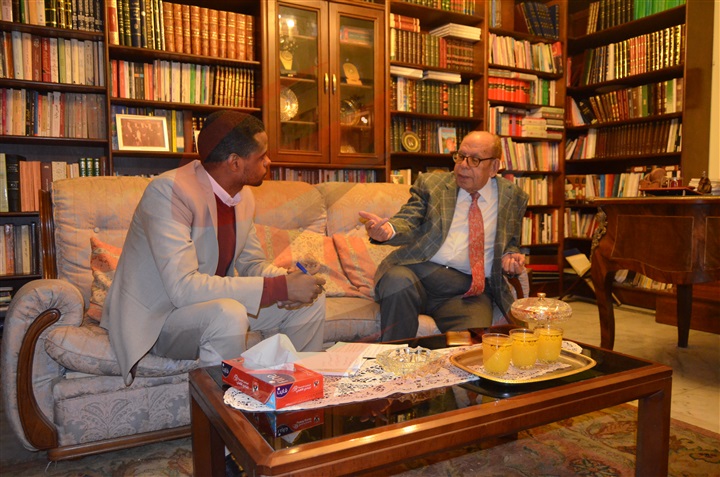 You were obsessed with the Brotherhood as a child, but as a grown-up you became an arch enemy of the group. Why did this happen?
Well, the reality is not exactly like this. I was born to a family that was deep into religion and the religious culture. We lived in the countryside. Piety was a natural thing in this setting. But this was a moderate and open-minded piety. This was when the Brotherhood was still at its beginnings. The group's members used the moderate nature of most Egyptians in gaining presence in the countryside. However, most people renounced their ideas, soon after they discovered the manipulative nature of these ideas.
When I was a child in the mid-1940s, my grandfather formed a Brotherhood cell at the family home. I was asked to be responsible for the library of the cell because I loved reading so much. Nonetheless, when the Brotherhood staged a series of assassinations, including the assassination of the former prime minister Mahmud Fahmi al-Noqrashi on December 28, 1948, everybody realized that crime was this group's road to power. They also realized that this group had nothing to do with the Islamic religion.
The Brotherhood was disbanded at the end of the 1940s. We had to burn all the documents of the group at home. I watched as a child the documents engulfed in flames. This was a watershed moment for me. It gave me belief that the misuse of religion always ends up in fire, both in life and in the afterlife. 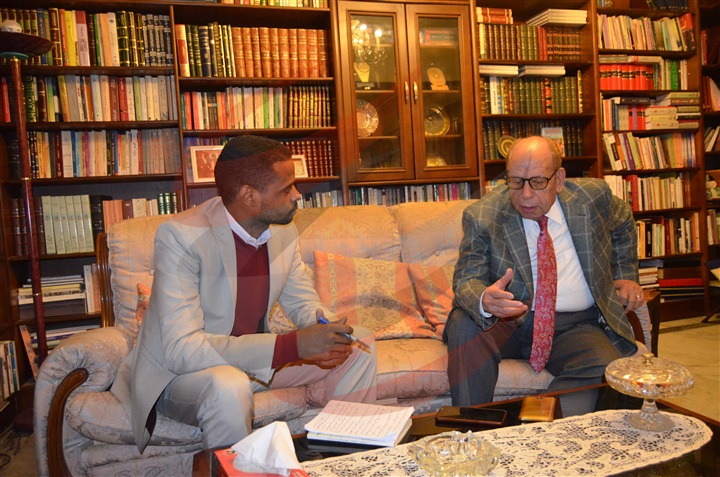 Did Hassan al-Banna give orders to Brotherhood members to assassinate al-Noqrashi Pasha and others? Were these crimes carried out in his back? He described the assassins as neither Brotherhood members nor Muslims, anyway.
Al-Banna was fully aware of all these crimes. He planned them and gave orders for their execution. He lashed out at the assassins only to give the impression that his group had nothing to do with these crimes. It is important to know that the Brotherhood is a deadly organization at the core. It is the mother of all terrorist organizations. The Brotherhood, the Salafists and all other Islamist organizations are all the same. They all embrace the same destructive fundamental thinking. They all believe that they act and speak for God.
How did the Brotherhood succeed in returning to the political stage after the July 1952 revolution?
Some of the leaders of the revolution mistakenly thought that the Brotherhood was a reform-minded group. They thought that they could benefit from the group. The late president Nasser participated in the hiding and burying of firearms, together with the members of the Brotherhood, so that they could use them in armed political struggle later on. 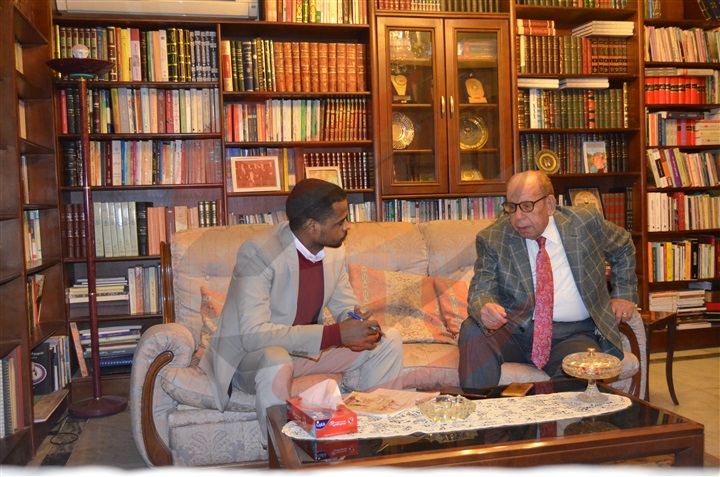 Did he do that?
This happened before the revolution took place. Brotherhood theoretician Sayyed Qotb was even appointed as an advisor for the Revolutionary Command Council. However, Nasser realized quickly that the Brotherhood stood by him only to reach power and even manipulate everything. He realized that they used religion to do this. This was why he turned against them.
Was Nasser a member of the Brotherhood?
Nasser benefited from all political movements active at his time. Some historians say he was a member of the Brotherhood. I think this is true. In the mid-1960s, Saleh Abu Raqiq, who was a member of the command office of the Brotherhood, told me that he was a friend of Nasser. However, Nasser put all Brotherhood leaders, including Abu Raqiq, in jail after discovering the real intentions of the group.
Abu Raqiq told me that Nasser offered help to his daughters all through his jailing. He sent them money every month. 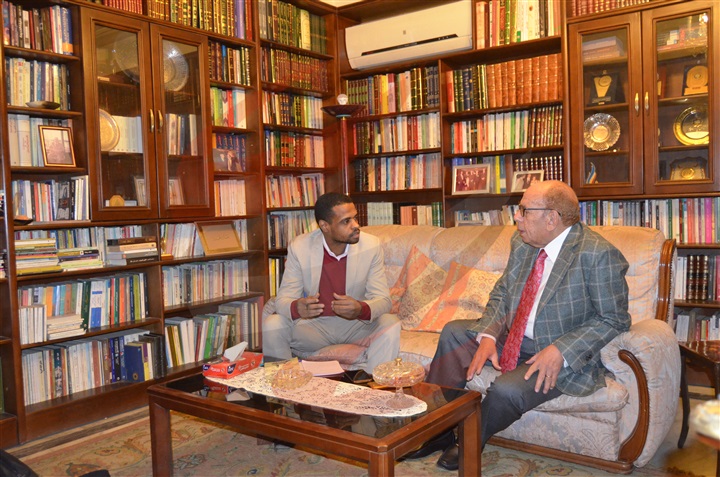 You were present at the time of Sayyed Qotb, the theoretician of the Brotherhood. How did this man think?
I was obsessed with Qotb's writing. I especially admired his ability to use his literary criticism and artistic abilities in explaining the verses of the Holy Quran. I was then shocked at his enormous attacks on the contemporary civilization and his hostility to humanity in general. I became friends with Qotb's brother, Mohamed. I asked him to arrange a meeting between me and him. However, he did not do this. Qotb drew up very dangerous conspiracies against Egypt. He wanted to blow up the dam in al-Qanater al-Khayreya, something that would have caused the drowning of the whole Nile Delta.