Salem al-Harizi... The Iranian claw in the body of Yemen 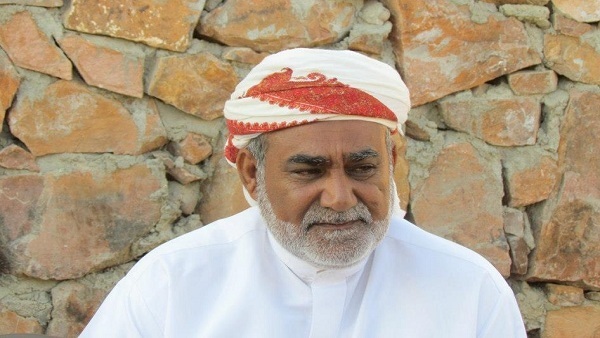 The deputy governor of the Yemeni province of Al-Mahra Ali Salem Al-Harizi announced his loyalty to the Iranian-backed Huthi militias and seeks to cooperate with them against the Arab alliance led by Saudi Arabia and the United Arab Emirates.

Al-Harizi’s slogans are only part of the claims and fabrications of the Arab alliance, which were raised by the Huthi militias before, and specifically before the bloody coup against Yemeni legitimacy in 2014, Al-Harizi falsely claimed that the coalition was killing many innocent children, women and the elderly. The Yemeni people must take part in demonstrations against Saudi Arabia.

Some Yemeni reports reveal the ugly face of Harizi, one of the devil's arms to Iran and Qatar. Salim seeks to stir up chaos and sit-ins inside the country. Yemen will then become a battleground again, specifically skilled, and then overthrow the countries and regimes that provide aid to Yemen.

Yemeni sources announced a meeting held by the former deputy of the province of Al-Mahra, Ali Salem Al-Harizi, with a Qatari intelligence officer, and Iranian personalities; in order to draw plans conspiracies against the Arab alliance in an attempt to topple the coalition, which seeks with all force to expel Iranian and Qatari arms in the country.

Al-Harizi, along with another Iranian and Qatari group, agreed to provoke chaos and destabilize security in the skilled, and to mobilize sit-ins and demonstrations in the country to denounce the existence of the coalition.

In a statement to the author, the writer, the Yemeni political analyst, Mahmoud al-Taher said: "What al-Harizi says is pure slander on the Arab coalition forces, which seeks to reach the ship Yemen to safety, and a framework to resolve the complex Yemeni crisis.

According to the political analyst of Yemen, Iran and Qatar are seeking to disrupt the situation in the Yemeni scene once again by playing on several axes, the penetration of the truce in the city of Hodeidah, and the failure of the consultations of Sweden, which took place last week, and by stirring up strife among the Yemeni people through their arms, This is what al-Harizi does.

He explained that Qatar, Iran and the Houthi coup militias are seeking to target Yemen and the areas liberated by the Arab coalition forces, through sit-ins in the skilled, and then flooding the province in chaos and internal conflicts and confusion of the Yemeni government and coalition forces.