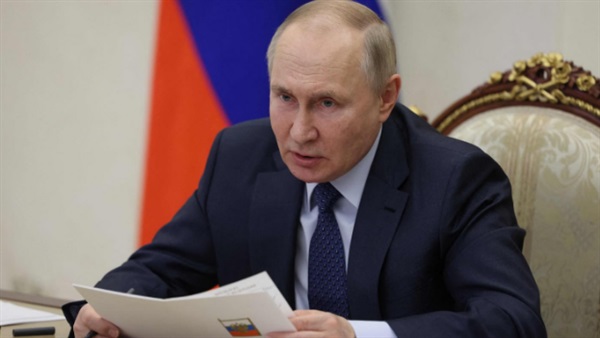 President Putin insisted yesterday that he had not lost his mind as he warned of the growing threat of nuclear war and accused Poland of seeking to seize western Ukraine.

In televised remarks Putin said that he and other senior Russian officials understood very well the power of nuclear weapons. “We have not gone mad,” he said, adding that Moscow would deploy its nuclear arsenal, the largest in the world, only in the event of a nuclear attack on Russia. He warned, however, that the Kremlin would defend its territory and its allies with “all available means”.

Putin vowed in September that Russia would use nuclear weapons to defend four Ukrainian regions that it claims as its own. He later appeared to backtrack on the comments, however.

In often rambling comments to the Kremlin’s Human Rights Council, Putin also claimed “nationalist groups” in Poland were plotting to annex areas of western Ukraine. Putin and other Russian officials have voiced similar allegations in recent weeks but Moscow has not provided evidence to back up its accusation.

Putin gave no indication that Russia intends to wind down its invasion. “As for the duration of the special military operation, well, of course, this can be a lengthy process,” Putin said. He added that he saw “no sense”, however, in a new round of mobilisation. He said that of 300,000 reservists called up after the Kremlin announced a nationwide draft in September, 77,000 “defenders of the fatherland” were now involved in combat operations.

Putin’s comments came as Time magazine named President Zelensky and the spirit of Ukraine as “person of the year”. In Washington, there were efforts to avert an escalation in the almost ten-month conflict after suspected Ukrainian drone strikes hit military facilities deep inside Russia.

Two long-range bombers were damaged this week by suspected Ukrainian drones, including an attack on the Engels airfield near Saratov, almost 400 miles inside Russia. Explosions also tore through military facilities in Ryazan, about 120 miles south of Moscow, and Kursk, 60 miles from the Ukrainian border. Russia has used the airfields to launch bombing raids on Ukraine. The United States said it had nothing to do with the attacks. “We have neither encouraged nor enabled the Ukrainians to strike inside of Russia,” Antony Blinken, the US secretary of state, said. He did not criticise the strikes.

The British defence ministry said the Kremlin would be likely to consider the attacks among Russia’s “most strategically significant failures” since the start of the war.