British Army to replace Nlaw anti-tank weapons given to Ukraine 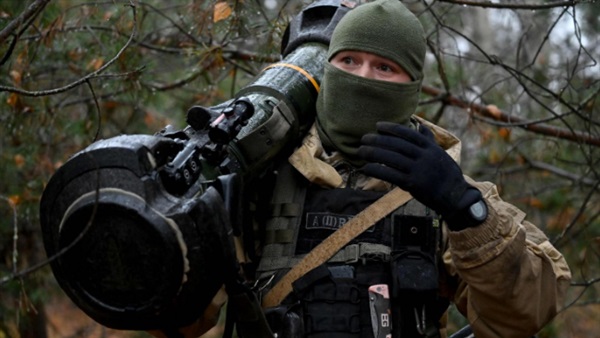 The British Army will buy thousands of Nlaw anti-tank weapons to replace those given to Ukraine.

The government has announced a £229 million deal with Saab to purchase more of the Swedish-developed fire-and-forget missiles, which have proved extremely effective at destroying Russian tanks.

Weighing 12.5kg (28lb), the shoulder-launched missile systems are manufactured in Belfast by the subcontractor Thales UK, a subsidiary of a French defence company. They have a range of up to 800m (half a mile) and use a predicted line of sight to lock on to targets.

The UK has donated about 7,000 missiles to Ukraine, a figure representing about half the British stockpile, defence sources have told The Times. Each missile costs about £30,000, meaning the new contract should replace all those given to Kyiv.

The Nlaws will start being delivered in 2024, with the last expected to arrive in 2026. Under a separate procurement programme, the British Army will also receive 500 missiles next year.

Ben Wallace, the defence secretary, said the purchase of the Nlaws would support jobs in the UK. “These next generation light anti-tank weapons have played a decisive role in supporting Ukraine’s army to drive back Russia’s illegal invading forces,” he said.

“Working with our first-class industry partners, we are continuing to fulfil our commitment to Nato by ensuring our armed forces will receive a steady supply of these weapons over the coming years, whilst supporting UK jobs.”

The Ukrainian army received training on Nlaws from 30 British soldiers who flew to Yavoriv, in the west of the country, a month before the beginning of the invasion. The Yavoriv military base was targeted by Moscow following the outbreak of war.

Labour criticised the delay before the missiles are delivered. John Healey, the shadow defence secretary, said: “Ministers have finally got their act together to sign a contract for restocking the Nlaw anti-tank weapons which have been vital to Ukraine.

“But the first new Nlaws still won’t be delivered until two years after the invasion,” he added, “and it’s not clear when the MoD will sign contracts to restock other weapons and ammunition needed for the British Army and to support Ukraine.”