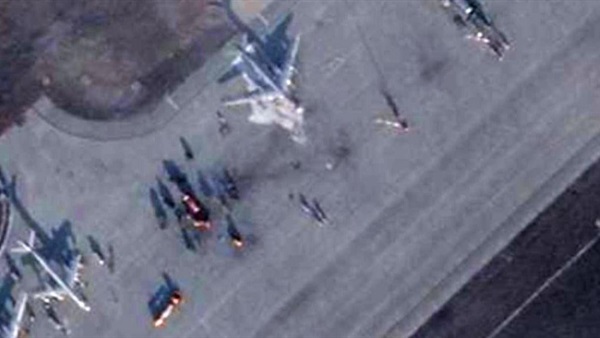 Russia is seeking to build up a “shadow fleet” of oil tankers to boost exports to Asia and help compensate for western sanctions aimed at crippling President Putin’s war machine.

A European Union embargo banning Russian oil shipments came into force on Monday as the West was increasing its efforts to punish Moscow for its invasion of Ukraine. Western countries also agreed last week to set a price cap of $60 per barrel for Russian crude, and sanctions for companies that fail to comply. Britain stopped importing Russian oil this summer.

The European embargo means that the Kremlin is now focused on building energy relations with Asian countries. China and India, which have ignored the sanctions, have been eager to snap up Russian oil at a discount. The challenge now for Russia is to shift enough oil by sea to Asia.

Russia has purchased more than 100 new tankers this year, often anonymously, as it looks to focus on the Asian market, analysis shows. Andrei Kostin, a senior Russian bank official, said recently that Moscow would need to spend a trillion roubles (£12.9 billion) to expand its oil tanker fleet.

The oil cap is unlikely to have an immediate effect on Russia’s revenues because it is set at roughly the level that China and India are paying for the country’s oil. The Kremlin also has $200 billion in its National Welfare Fund, a cushion that has been swollen by high energy prices. “The oil cap is not going to cause any economic crisis or financial crisis in Russia,” Weafer said. “But this doesn’t change the fact that the economy is heading into a steady degradation.”

Western sanctions will also cut Russia off from much of the global tanker fleet because banks and other financial companies are barred from insuring vessels that carry Russian oil unless it is being sold in accordance with the price cap. The ban applies to any tanker, whatever its ultimate destination. The Kremlin has vowed it will not sell oil to any countries that support the price cap. A traffic jam of about 20 oil tankers has built up off Turkey in recent days as it demands that vessels heading through its straits prove that they are fully insured.

Some analysts in Russia warned that Asian countries now hold all the cards in their energy dealings with the Kremlin. “There is no need to harbour any illusions about China, or India, or even Turkey. They will pursue their national interests. The price cap means that so-called friendly countries will demand more and more discounts,” Konstantin Selyanin, a Russian economist, told the Uralpolit website. “Russia is a desperate seller,” Weafer said. “It needs to sell its oil and these are the only buyers.”

Oil sanctions are not the only western sanctions that the Kremlin is seeking to circumvent, with hopes for peace in Ukraine apparently remote and warnings from Moscow that the war could trigger a nuclear conflict. Cruise missiles fired at Ukraine last month were produced within the past few months, despite western efforts to prevent Moscow from accessing the necessary components, according to a new report.

Conflict Armament Research, an independent group based in Britain, said this week that an examination of the remains of the Kh-101 missiles showed that they contained western semiconductors that were barred for export to Russia. The missiles were produced between July and November, the group said, citing production codes on the fragments. It was unclear whether Russia had somehow managed to continue buying the technology, or was able to stockpile large amounts of the semiconductors before the war.

Ukraine has found a way to strike at military facilities deep inside Russia. Three people were killed when suspected Ukrainian drones hit airfields near Saratov, 375 miles from Ukraine, and in Ryazan, 120 miles from Moscow. A fire also broke out at a military facility in Kursk, near the Ukrainian border, after a drone attack, Russian officials said. Ukraine has celebrated the strikes but has not claimed responsibility.