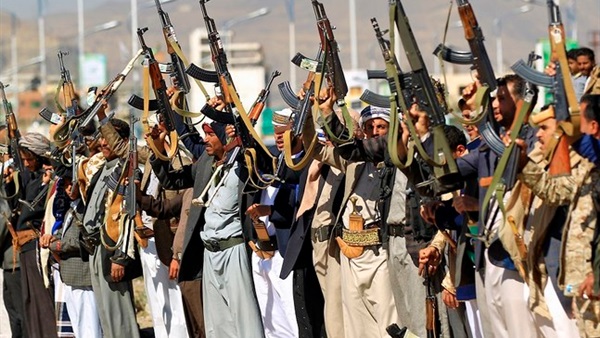 Al-Bawaba News newspaper celebrated the eight years since its launch on December 2, 2014, in which its team, under the leadership of the great journalist Abdelrehim Aly, sought to present everything new for the sake of development and modernization, to preserve the values and principles of journalistic honor, and to present journalism in a simple and direct manner.

Al-Bawaba News is considered one of the most important news sites in Egypt and the Arab world, and it relies on a group of distinguished journalists to transmit news credibly from its sources. It is concerned with news of politics, political Islam, art, sports, events, economy, currencies, banking, cars, communications, women, and Arab and international news.

Al-Bawaba News and its platforms specialized in terrorist groups have served as an example since the outbreak of the Yemeni crisis, beginning with the outbreak of the revolution against President Ali Abdullah Saleh in 2011-12, who had led Yemen for more than two decades.

After Saleh left office in early 2012 as part of an agreement between the Yemeni government and opposition groups, the government, led by Saleh's former deputy, Abd Rabbo Mansour Hadi, struggled to unite the country's disparate political currents and end the threats of Al-Qaeda in the Arabian Peninsula (AQAP) and Houthi militias that had staged an insurrection for years in the north.

In 2014, the Houthis overran the capital, Sanaa, and forced Hadi to discuss a “unity agreement” with other political factions. The Houthis continued to put pressure on the government until, with the presidential palace and private residence coming under attack from the terrorist group, Hadi and his cabinet ministers resigned in January 2015.

During 2015, the Houthis announced their control of the government, dissolved the parliament and installed a transitional revolutionary committee headed by Mohammed Ali Al Houthi, the cousin of the leader Abdul-Malik al-Houthi.

Abd Rabbo Hadi fled to Aden, where he announced that he was still the legitimate president of Yemen, declaring Aden as the country's temporary capital and calling on pro-government officials and members of the military to support him.

Highlighting the role of the Arab coalition

Al-Bawaba News also highlighted the role of the Arab Coalition Supporting Legitimacy in Yemen to draw a historical epic aimed at saving the country from falling into the trap of Iranian plans and the quagmire of subservience to the mullah regime, which sought to use the Houthi militia to find a foothold through which it can achieve its expansionist regional ambitions. The Arab coalition managed to rein in the Houthis and achieve wide and decisive successes in liberating many regions and governorates, strangling the Houthis and blocking the outlets of support and financing that they depend on for their plans.

Politically, the Arab coalition succeeded in exposing the practices of the Houthi militia and convincing the world of the just cause of the Yemenis and the legitimacy of the Yemeni government led by President Abd Rabbo Mansour Hadi, as well as in confronting the Houthis' disinformation and lies, which tipped the balance of legitimacy in international organizations and forums and also forced the Houthis - after realizing their defeats on the ground - to sit at the negotiating table after being suffocated at home and abroad.

This is in addition to what the coalition provided on the humanitarian and relief levels, particularly the generous support provided by the King Salman Relief Center and the Emirates Red Crescent to the Yemenis, especially since the liberation of Aden in mid-2015.

The intervention of the Arab coalition after the Houthi coup on September 21, 2014 against the legitimate government came as a savior for Yemen. Before March 2015, Houthi control extended to Sanaa, Aden, passing through Taiz, and they expanded their control to other regions, including the southern regions, until the legitimate forces, supported by the Arab coalition, regained control. After that, 85% of Yemeni lands were seized, and the Houthis were taught harsh lessons. In parallel, the coalition achieved strong victories over terrorism.

Al-Bawaba News also succeeded in exposing the Iranian role in Yemen through the Houthis in an attempt to control Yemen. The Iranian role in Yemen represents one of the episodes of rising Iranian influence in the Arab region, and Yemen is a prominent example of this trend, as Tehran’s intervention in this country is represented in supporting the Houthi militia, which adopts ideas that are closest to Iranian politics. Hence, Iranian support for the militia falls under the framework of pursuing Iranian interests in the region as a whole.