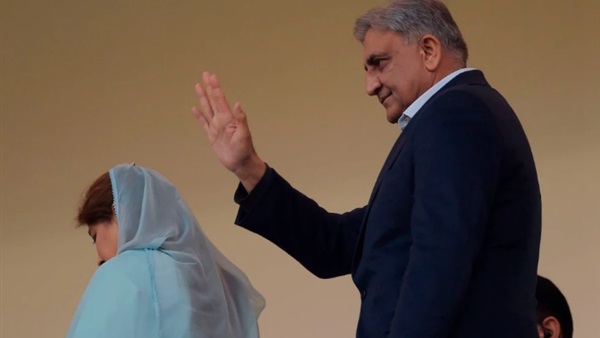 Amid political chaos and economic crisis, Pakistan’s government is set to choose who will become the next head of the Army, a post often called the most powerful in the nuclear-armed nation. The buildup to the announcement is always tense in a country with a history of military coups, but this time, it follows explosive revelations of the financial affairs of the incumbent, Gen. Qamar Javed Bajwa, whose term, already once extended, ends next week.

The position is so important because of the outsized influence of the Army in Pakistan’s politics and economy. The Army is believed to control more than 10 percent of the countrys real estate, is involved in a wide range of businesses, and heavily influences political decision-making. The military has ruled Pakistan for a total of more than three decades since its creation in 1947.

Former Prime Minister Imran Khan describes it as the country’s “only organized, intact institution,” which holds onto its power by making sure all other institutions, including the elected civilian government, judiciary, and media, remain weak. Khan himself is now exploiting institutional weakness as he rallies an ecstatic support base in calling for early elections after his own premiership was cut short in April by a parliamentary no-confidence vote. Elections aren’t due until August 2023. He’s blamed current Prime Minister Shehbaz Sharif, scion of one of Pakistan’s political dynasties, for a recent assassination attempt, along with Interior Minister Rana Sanaullah and a senior Army official.

Of a short list of six, the favorite appears to be Lt. Gen. Asim Munir, a former head of the Inter-Services Intelligence (ISI) agency and the most senior officer in contention. But Khan is said to favor another former ISI head, Lt. Gen. Faiz Hameed, whom he regards as an ally in his attempt to return to power. (On Thursday, Munir was chosen to be the next chief of staff.)

“The military establishment abandoned Imran Khan and systematically allowed the ruling alliance to get rid of him. He then blamed the military for his ouster and repeatedly in public asked the military establishment to end its so-called neutrality and bring him back in power,” said journalist Asad Ali Toor. “If one knows this context, it is clear the stakes are very high for his own political future and directly linked with the incoming Army chief.”

Which is one reason Toor believes Munir will be the most likely choice. “Imran Khan removed him as ISI director general, so his political opponents believe that as [Army chief], Munir will do no favors for Khan and will possibly actively keep him from returning as prime minister,” Toor said. The decision is expected in the next week.

Khan isn’t the only Pakistani politician said to owe his rise, and perhaps his fall, to the military. While he has denied the Army helped him to power, it’s a fact of Pakistani politics that the support of the military and the ISI is key to success. Once in power, Khan became a vocal critic of the military’s reach, and many people credit him with breaking a taboo on discussing the Army’s role. Sharif visited his brother, former Prime Minister Nawaz Sharif, in London earlier this month, reportedly to discuss the Army chief position.

In recent months, allegations of the military role in key appointments and policy decisions have been openly addressed by a wide range of public figures, prompting Anjum, the head of the ISI, to hold a televised press conference in which he said that the military had decided to stay out of politics and stick to its constitutional role.

But Western officials know the Army chief is one of the most important stops on any trip to Islamabad. One European envoy, who spoke on condition of anonymity, said that is because they know “that all decisions will emanate from his office.” Earlier this year, in an extraordinary move, Bajwa even tackled Pakistan’s economy, calling Wendy Sherman, U.S. deputy secretary of State, to secure the release of International Monetary Fund resources to avert a Pakistani default.

Bajwa, first appointed in 2016, leaves under a cloud of scandal that will further taint the reputation of the military among ordinary people who feel that its grip on power and wealth undermines the value of their votes, perpetuates the elite grip on authority, and widens the wealth and opportunity gap.

A U.S.-based Pakistani journalist, Ahmad Noorani, published a report at FactFocus, an investigative site, alleging that Bajwa and members of his family amassed a fortune estimated at more than $56 million during his time in office, not including official income derived from his time as general and Army chief.

Pakistan’s finance minister, Mohammad Ishaq Dar, called the leak a violation of tax law and breach of confidential data and ordered an immediate investigation. The FactFocus site that carried the report was blocked inside Pakistan, sources in the capital, Islamabad, said.