US giving Iranian protesters nothing but lip service 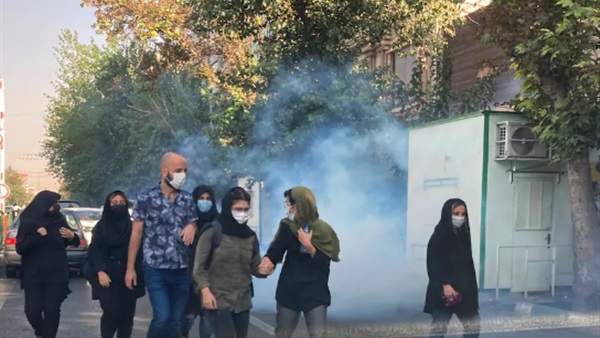 The Iranian street is rising up against the repression of the ruling clerical regime.

The West still gives, meanwhile, the Iranian people nothing but verbal support.

It continues to bet on reaching a deal with this regime, one similar to the 2015 deal which demonstrated Western tolerance to Tehran's threats to Arab security.

Iran's former crown prince, Reza Pahlavi, commented on this by asking Western countries to focus on dialogue with the Iranian people, not with the oppressors.

He referred on Twitter to communication between Western governments and the clerical regime in Iran.

Speaking at Irvine University, US President Joe Biden said his country stands by the people of Iran, especially what he described as the 'brave' women of the country.

Biden expressed astonishment at the protests sweeping through the Iranian streets.

This is something, he said, that cannot be silenced for a long time.

US Vice-President, Kamala Harris, expressed support for women and girls leading the peaceful protests in Iran to secure equal rights and human dignity.

The courage of these protesters, she said, inspired her as well as the world.

Biden said in front of supporters that his administration would work to liberate Iran.

However, the White House backpedalled when National Security Spokesman, John Kirby, told reporters that President Biden was only expressing solidarity with the protesters in Iran.

He noted that the president's remarks did not indicate a new approach to the Islamic Republic.

The same bill called for seizing all assets belonging to Iranian officials.

Nevertheless, the impact of the bill would remain symbolic, even if it is passed into law.

Since September 16, protests have been continuing in Iran, following the death of a Kurdish woman at the hands of the members of the country's infamous Morality Police.

Iranian expatriates have called on the United States to intervene to stop the Iranian regime's crackdown on protesters, as it did in Ukraine.