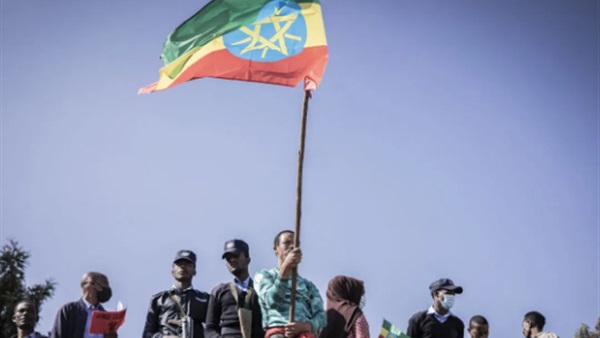 Sudanese-Ethiopian relations have been moving between diplomacy at some times, and conflict and skirmishes at others.

Nonetheless, there are historical ties between the two African countries, which bound them together for decades. Nobody can ignore or deny these ties.

In the same context, the Sudanese and Ethiopian intelligence services agreed to strengthen joint work in many areas, including the fight against terrorism.

The Sudanese General Intelligence Service announced an agreement with its Ethiopian counterpart to strengthen joint efforts in the fight against terrorism, organized crime and trans-boundary economic crimes.

The service said the agreement covers co-operation in the field of joint training, the exchange of experiences and addressing the problems of the two countries in each other.

Sudan hosts hundreds of thousands of Ethiopians. Most of those Ethiopians, in the Sudanese capital illegally, use it as a transit point on the road to Europe.

The intelligence services of the two countries also signed a memorandum of co-operation on the road to achieving the security interests of Sudan and Ethiopia.

According to the council, the head of the Ethiopian intelligence briefed the Sudanese officials about peace talks between Addis Ababa and the Tigray Liberation Front.

Khartoum and Addis Ababa still disagree on border issues in eastern Sudan and the filling and operation of the Grand Ethiopian Renaissance Dam.

Sudanese-Ethiopian relations went through a period of hostility, against the background of border disputes.

This hostility escalated, especially after the Sudanese army moved to control areas under the control of al-Shafta gangs and Ethiopian troops in Fashka, an area on the border between the two countries.

Ethiopia accused Sudan of exploiting its internal war with the Tigray Liberation Front to seize this territory.

In October 2022, Sudan and Ethiopia agreed to work and coordinate to address the threats and challenges facing them.

According to a statement by the Ethiopian national security and intelligence service, the Sudanese and Ethiopian intelligence heads discussed bilateral relations and means of strengthening them and expanding the scope of co-operation to ensure peace and stability in East Africa.

In November 2022, al-Burhan congratulated the Ethiopian people on the government's agreement with the Tigray Front.

He said his country would support this agreement and work to resolve problems with Ethiopia peacefully.

Some people wondered about the implications of the peace agreement between the Ethiopian government and the Tigray Liberation Front for Sudanese-Ethiopian relations, soon after this agreement was reached in South Africa in November of 2022.

The same peace agreement has two dimensions, the first being the view to Khartoum and its effect on the situation in the Horn of Africa.

The second dimension relates to international interests in the region, especially those of Washington.

There is no doubt that the Addis Ababa-Tigray agreement will affect internal conflicts in Sudan and Ethiopia. It will also affect disputes between the two countries, including on the Blue Nile dam.

Washington is dedicated to expediting the resolution of the internal conflict in Sudan by reaching a settlement and a civil system of government in the light of future regional arrangements.