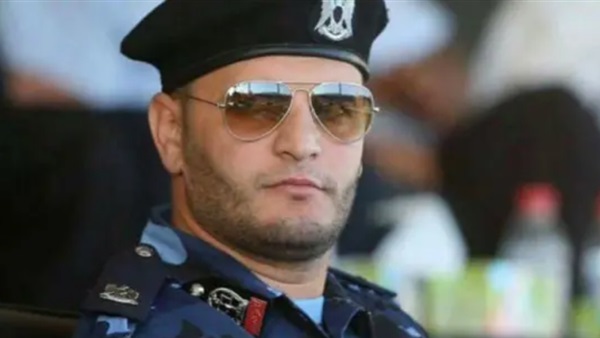 In a new development in the struggle between the Libyan factions for power, Prime Minister Abdel Hamid Dabaiba, head of the Government of National Unity (GNU), decided to assign the commander of the Central Security Militia, Emad Trabelsi, the duties of the Minister of Interior in his government, in a move that reflects Dabaiba’s desire to strengthen his control over the security scene, especially since this decision comes about 45 days after Trabelsi was appointed Deputy Minister of Interior.

The decision of the outgoing Libyan Prime Minister is a reward for Emad Trabelsi’s loyalty, as he supported Dabaiba in his struggle with Fathi Bashagha, head of the Government of National Stability (GNS) mandated by the parliament, and prevented the latter from entering the Libyan capital.

This decision also indicates Dabaiba’s desire to fragment the power of Zintan, which is led by Osama al-Juwaili, who is known for his support of the Bashagha government, especially since Tripoli includes the city of Zintan as well, and therefore it cannot be ruled out that there are aspirations on Dabaiba’s side to strengthen his alliances with the militias of western Libya and to weaken the loyal Zintan forces loyal to his rival opponent.

This decision also legitimizes the militias present on Libyan soil, which contradicts the efforts of the international community to eliminate them, as the UN Security Council resolutions on Libya demanded the activation of the military track, one of whose dimensions involve the need of dismantling the Libyan armed militias. Therefore, the step of assigning Trabelsi the duties of the Minister of Interior is considered a proactive step to legitimize the militias loyal to him and integrate them into the official institutions of the state.

The outgoing prime minister seeks to promote externally his ability to impose security in western Libya and tighten his control over the security scene there, and then his government’s willingness to supervise the presidential and parliamentary elections if they are held, and to export the problem to the House of Representatives and the state, as they are responsible for the constitutional rule that is supposed to regulate these entitlements, which was reflected in his statements at the beginning of November, during which he criticized the parliament and held it responsible for the failure of the previous elections, accusing the parliament of trying to shuffle the cards and change the government in order to disrupt the elections.

Dabiaba emphasized his government's ability to secure the upcoming elections in the country, thanking his government's Ministry of Interior after its participation in simulating securing the electoral process, which included securing polling stations, dealing with any riots inside and outside polling stations, as well as simulating the method of voting, counting votes, and transporting ballot boxes.

Assigning Emad Trabelsi the duties of Minister of Interior in Dabaiba government strengthens the latter's internal influence and weakens his opponents by strengthening his security control, as the forces loyal to him were deployed in Tripoli in the vicinity of vital facilities, in addition to supplying the air force loyal to him with Turkish drones, in conjunction with the conduct of the GNU’s Anti-Terrorism Force for mobile patrols south of the capital, which confirms the desire of the outgoing Libyan prime minister to remain in power for as long as possible and confirm his ability to manage the transitional phase leading to supervising the upcoming elections.

Also, Turkey seeks to support Dabaiba's stay in power and to avoid any attempts to remove him through the agreement of the House of Representatives and the state on an alternative government. Here it is worth noting the Turkish-Greek conflict over Libyan energy wealth, as Athens seeks to communicate with eastern Libya and sign an energy linkage agreement between the two countries with American support. This development comes a few weeks after the recent Turkish moves in western Libya and the signing of a memorandum of understanding with the Dabaiba government that allows Ankara to explore for Libyan oil and gas.