Somalia and Al-Shabaab: Terrorist movement retreats to jungles, drones are the key 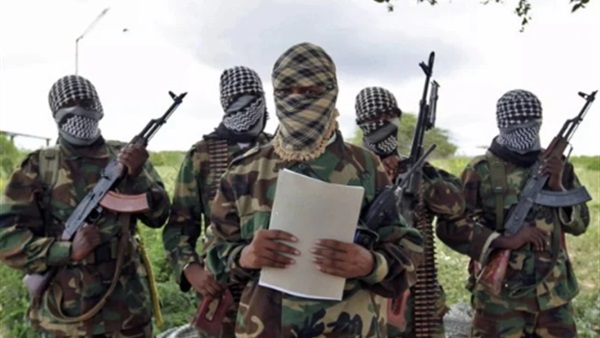 Drones have become more widespread and present in recent wars, as countries use them in regular wars or against terrorist groups, which prompted Somalia to resort to them to confront the expansion of the terrorist Al-Shabaab movement.

On November 6, the Somali forces were able to liberate the town of El Baraf in the federal state of Hirshabelle, at a time when Al-Shabaab's field and military influence is declining, after the Somali army launched a campaign targeting the movement's areas of influence in the center and south of the country. However, what tipped the scale of the fierce military confrontations in favor of the Somali forces was the entry of drones into the line of clashes, by carrying out airstrikes targeting the barracks and strongholds of the terrorist movement. These air strikes are directed by Somali officers who are stationed on the front lines of the military confrontations and provide the drone coordinators with the target coordinates, which forces the Al-Shabaab militants to withdraw from the battlefields, although they later carry out counter-attacks on the Somali forces and tribal militias to regain control of the areas from which they withdrew.

The US Africa Command (AFRICOM) announced in a statement posted on its Twitter account on November 10 that it carried out an airstrike that killed 17 Al-Shabaab militants in an area located 285 kilometers north of the capital, Mogadishu, and that this strike did not result in any civilian casualties. According to AFRICOM's statement, the implementation of this airstrike came at the request of the Somali federal government, which declared an all-out war against the Al-Shabaab movement, as the movement has grown in influence over the last five years after collecting nearly 120 million US dollars and did not face military pressure from the previous Somali government. This enabled it to extend its field and military influence in the center and south of the country.

Interior Minister Ahmed Moallim Fiqi revealed, in a discussion session on the developments of the war against Al-Shabaab in October 2022, that the Turkish Bayraktar drone had begun carrying out airstrikes in the center of the country and that these drones provided intelligence information on the movements of Al-Shabaab militants.

In this context, General Abdurahman Turyare, the former director of the National Intelligence and Security Agency (NISA) who accompanies the army units in the Middle Shabelle region, said in press statements that foreign drones have played a major role in partially eliminating the influence of Al-Shabaab in the center of the country, because this military technology is not available to the elements of the terrorist movement, and therefore the largest military weapon directed against the movement is the use of drones that carry out airstrikes. He believes that without relying on these foreign drones, the army and the tribes would not be able to achieve military victories over the Al-Shabaab militants.

Regarding the possibility of using Turkish or American drones alone to eliminate Al-Shabaab, Turyare believes that it is difficult for airstrikes alone to achieve military victories against the movement, because Al-Shabaab militants sometimes resort to jungles in order to get away from the range of airstrikes. He added that this is why the direct military confrontations against the movement achieved military victories and drove its fighters out of their hideouts and from the trenches and bushes, which facilitated the operations of carrying out airstrikes against Al-Shabaab elements. He also said that the presence of integration between the direct confrontations to destroy the terrorist movement's fortifications facilitated the implementation of airstrikes that undermined Al-Shabaab's military movements in the center of the country.

Turyare expects that Al-Shabaab will face a major military defeat in the next stage due to the presence of three factors: the birth of a new government and the election of a new president who is determined to fight and eliminate the movement, in addition to the presence of tribal militias that rose up against the movement in many parts of the country and the cooperation of those militias with the armed forces.

“There is an international and regional desire to confront the movement, and this international interest is noted in the increasing airstrikes constantly targeting its strongholds. That is why the stage in which the movement is currently living can be described as a deplorable state,” he added.