Calls for closing down Islamic Centre in Hamburg 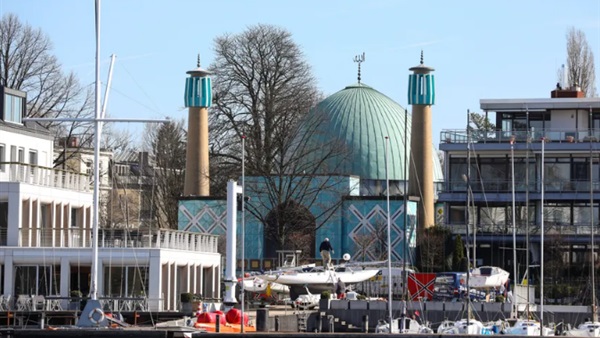 Germany has recently seen calls for the closure of the Islamic Centre in Hamburg, amid accusations that the centre works to serve Iranian policies.

The German government intends to verify whether the Shiite centre in Hamburg is a propaganda base for the Iranian government, by identifying the nature of its activities and the individuals based in it.

The Union of Shiite Communities in Germany pushes for supporting the centre and defending its position.

The members of the union claim that accusations levelled against the Islamic Centre in Hamburg are baseless.

It should be noted that the internal German intelligence service known as the Constitutional Protection Authority, in the state of Hamburg, has been monitoring the activities and the events of the Islamic Centre in Hamburg for a long time now.

Based on this constant monitoring, the intelligence came to the conclusion that this centre is affiliated with the Iranian regime and also supports extremism.

This issue has received great media attention in the light of recent protests in Iran, since the death of a Kurdish woman who was tortured by the morality police.

The issue of the Shiite Islamic Centre in Hamburg escalated. It was touched upon by German MPs in the light of the government taking a tougher political stance against the Iranian regime and reviewing Berlin's policy towards Tehran.

The German parliament has accepted an official request from the parties of the ruling coalition to discuss the closure of this Shiite centre.

Deputies from the Social Democratic Party, the Free Democratic Party and the Green Party have submitted a request to the federal government to consider the possibility of closing the Hamburg Shiite centre due to its ties with the Iranian regime.

German Chancellor, Olaf Scholz, said his country supports the imposition of more sanctions against the Iranian regime in Tehran.

He criticized Iranian authorities for their practices against their people, stressing that Germany would support further European sanctions against Tehran.

Earlier this month, the Hamburg state interior minister said those who support terrorist organizations or financiers of terrorism pose a serious threat to German security.

The same people, he added, have no place in Germany.

The leader of the German Green Party demanded the closure of the Shiite Islamic Centre several months ago, describing it as the most important espionage den of the Iranian regime inside Germany.